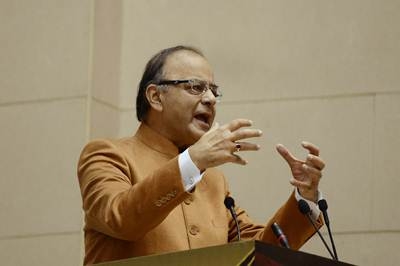 Gurgaon: Calling on the states to “reform or perish”, union Finance Minister Arun Jaitley on Monday said India has become a competitive federalism, with states vying with each other to attract investment.

“Those who don’t reform… people in those states are at a disadvantageous state and those who are in a position to offer more favourable economic, business and political environment to investors certainly are going to benefit,” he said.

“Reform or perish could not be more true than it is today,” the minister added.

Noting that a growing number of Indian states were holding investor summits, Jaitley warned that an environment of policy paralysis was bound to put off potential investors.

In this connection, he emphasised the need for improving transport infrastructure, saying he arrived here 20 minutes late due to heavy traffic on the national highway.

Pointing out that Haryana stands to benefit from the fact that Delhi is saturated and is spilling over to the National Capital Region (NCR), the finance minister referred to violent protests by the Jats demanding quota around a fortnight ago.

“The dark clouds are over,” Jaitley said, adding the state has great resilience and entrepreneurial fervour.