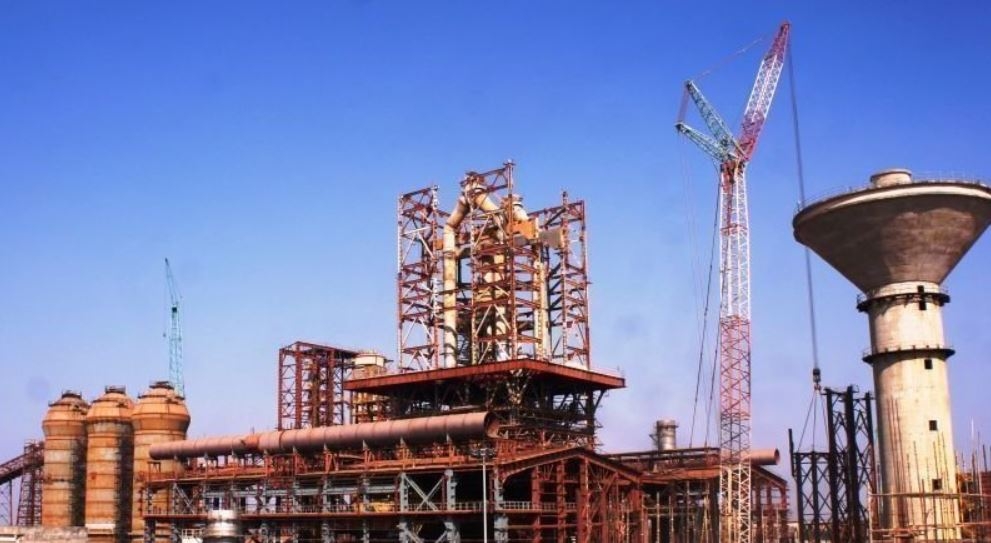 Workers have further said that they oppose the demerger of NSP being set up at a cost of over Rs 23,000 crore from the NMDC / Representational Image |

Workers of state-owned NMDC have urged the government to ''re-examine'' its decision to demerge the company's under-construction Nagarnar Steel Plant (NSP) coming up near Bastar in Chhattisgarh.

In this regard, the All India Trade Union Congress (AITUC) has submitted a letter to the Union Minister of Steel Ram Chandra Prasad Singh and Minister for Labour and Employment Bhupender Yadav on behalf of NMDC workers, said Sant Ram Sethia, President Nagarnar Steel Plant Workers' Union.

In the letter dated November 17, workers have urged the government to get the matter re-examined in the interest of Bastar people. ''The unemployed youth, tribals in particular, are eager to get the plant commissioned at the earliest by NMDC only,'' it said.

According to the letter, workers have further said that they oppose the demerger of NSP being set up at a cost of over Rs 23,000 crore from the NMDC and the matter is already facing serious agitation at the plant level with active involvement of local people mostly tribals from the Naxal-affected Bastar region.

Rajesh Sandhu, Secretary of NMDC Sanyukt Khadaan Mazdoor Sangh, which represents workers at the NMDC operated mines, said in the interest of local people of Chhattisgarh, the government must re-think its decision to demerge the unit.

''The government is already rolling back the amendments in the farm laws in the interest of farmers. We also request the government to consider its decision of demerging NSP in the interest of the locals and tribals.'' As on date, NMDC has invested Rs 17,186 crore on the project, out of which Rs 16,662 crore has been utilised from the company's own funds, the letter said.

On Wednesday, over 200 NMDC employees, including women, from Chhattisgarh, Karnataka, Madhya Pradesh, Telangana and Andhra Pradesh staged a dharna at Jantar Mantar here, against the demerger of NSP and government stake sale in the company.

Under the Ministry of Steel, NMDC is the largest iron ore mining company in India. It is setting up a 3 million tonne per annum (mtpa) steel plant at Nagarnar, near Bastar, in Chhattisgarh. The unit is being constructed over an area of 1,980 acres at a revised estimated cost of Rs 23,140 crore.

However, before it could be completed for commissioning, NMDC in August 2020, informed its board of directors' decision of giving in-principle approval to the proposal to demerge the plant.

Subsequently in October, the Union Cabinet also approved the demerger of the under-construction steel plant from NMDC, and its strategic disinvestment by selling the entire stake of the Centre to a strategic buyer.

As per the plan, post demerger, NSP shall be a separate company, and the management of NMDC and NSP shall be accountable for their respective operations and financial performance.