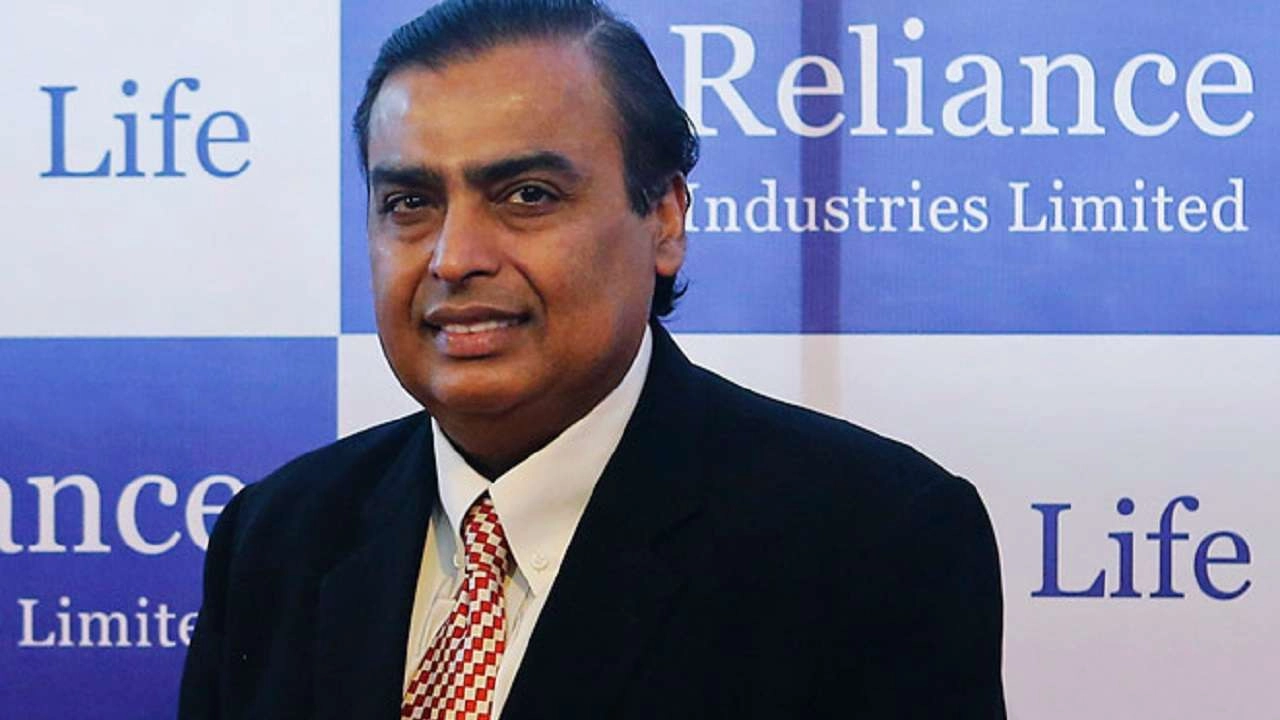 Addressing the International Climate Summit 2021, Mukesh Ambani said that work was happening at a brisk pace to develop the 5,000-acre Giga Complex./Representative image |

Reliance Industries Chairman Mukesh Ambani has reiterated his commitment to invest Rs 75,000 crore over the next three years in green energy initiatives, including the Dhirubhai Ambani Green Energy Giga Complex in Jamnagar, as the global energy behemoth shifts its focus from hydrocarbons to renewable power, reports Moneycontrol.

Speaking at the International Climate Summit 2021, Ambani said it will be amongst the largest integrated renewable energy manufacturing facilities in the world.

This complex will have four Giga Factories, which cover the entire spectrum of renewable energy. The first will be an integrated solar photovoltaic module factory. The second will be an advanced energy storage battery factory. The third will be an electrolyser factory for the production of Green Hydrogen.

The fourth will be a fuel cell factory for converting hydrogen into motive and stationary power, Ambani said.

Ambani said over the next three years, "We will invest Rs 75,000 crore in these initiatives. Reliance will thus create and offer a fully integrated, end-to-end renewables energy ecosystem to India and Indians", he added.

Efforts are on globally to make Green Hydrogen the most affordable fuel option by bringing down its cost to initially under $2 per kg.

"Let me assure you all that Reliance will aggressively pursue this target and achieve it well before the turn of this decade. Am sure that India can set an even more aggressive target of achieving under $1 per kg within a decade," Ambani said.

This will make India the first country globally to achieve $1 per 1 kilogram in 1 decade -- the 1-1-1 target for Green Hydrogen, he added.

In June, Reliance Industries announced a Rs 75,000 crore investment in new energy business over the next three years as the operator of the world's largest oil refinery pivots towards a greener and cleaner version.

Reliance will build solar manufacturing units, a battery factory for energy storage, a fuel cell-making plant and an electrolyzer unit to produce green hydrogen as a part of the business, Ambani said at the company's annual general meeting with shareholders.

It will also set up 100 gigawatts (GW) of solar power generation capacity by 2030 and invest in setting up a carbon fibre plant.

The company, which earns about 60 per cent of revenue from its hydrocarbon-fuelled energy operations, had last year set a target of becoming a net-zero carbon company by 2035 - a shorter time frame compared to the 2050 cutoff self-imposed by many of its global peers, including BP Plc and Royal Dutch Shell Plc.

This comes as energy giants around the world come under pressure to move towards a low-carbon future to help improve the environment.

Last year, "I had announced our 15-year commitment to become net carbon zero by 2035. Today I am happy to present to you our ambitious strategy and roadmap for implementing this vision," Ambani, 64, said. "The age of fossil fuels, which powered economic growth globally for nearly three centuries, cannot continue much longer," PTI said.

"Over the next three years, we will invest over Rs 60,000 crore in these initiatives," he said. "Reliance will thus create and offer a fully integrated, end-to-end renewable energy ecosystem."

The integrated solar photovoltaic Giga factory will create solar energy. It will use raw silica to make high-efficiency solar cells.

"Reliance will establish and enable at least 100 GW of solar energy by 2030. A significant part of this will come from rooftop solar and decentralised solar installations in villages," he said.