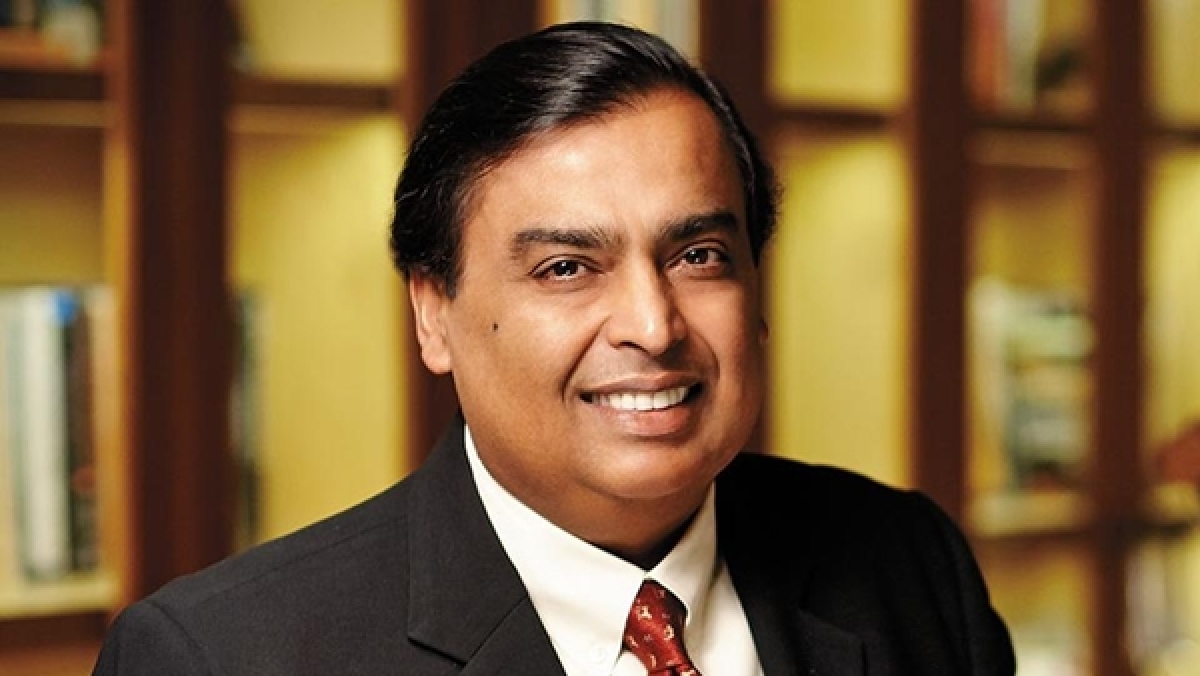 Mukesh Ambani has been topping the list since 2008 with a net worth of $92.7 billion./Representative image |

Mukesh Ambani remains India's richest person to top the Forbes 2021 list. He has been topping the list since 2008 with a net worth of $92.7 billion.

Ambani recently outlined plans to pivot into renewable energy with a $10 billion investment by his Reliance Industries.

In this bumper year, more than 80 per cent of the listees saw their fortunes increase, with 61 adding $1 billion or more.

Close to a fifth of the increase in the collective wealth of India's 100 richest came from infrastructure tycoon Gautam Adani, who ranks Number 2 for the third year in a row. Adani, who is the biggest gainer in both percentage and dollar terms, nearly tripled his fortune to $74.8 billion from $25.2 billion previously, as shares of all his listed companies soared.

At No. 3 with $31 billion is Shiv Nadar, founder of software giant HCL Technologies, who saw a $10.6 billion boost in his net worth from the country's buoyant tech sector.

Retailing magnate Radhakishan Damani retained the fourth spot with his net worth nearly doubling to $29.4 billion from $15.4 billion, as his supermarket chain Avenue Supermarts opened 22 new stores in the fiscal year ending March.

India has administered over 870 million COVID-19 vaccine shots to date, thanks partly to Serum Institute of India, founded by vaccine billionaire Cyrus Poonawalla, who moves into the top five with a net worth of $19 billion. His privately held company makes Covishield under license from AstraZeneca and has other COVID-19 vaccines under development.

India's recovery from a deadly second wave of Covid-19, which broke out earlier this year, restored investor confidence in the world's sixth-largest economy.

There are six newcomers on this year's list, with half of them from the booming chemicals sector. They include Ashok Boob (No. 93, $2.3 billion) whose Clean Science and Technology listed in July; Deepak Mehta (No. 97, $2.05 billion) of Deepak Nitrite, and Yogesh Kothari (No. 100, $1.94 billion) of Alkyl Amines Chemicals.

Arvind Lal (No. 87, $2.55 billion), the executive chairman of diagnostics chain Dr Lal PathLabs, also debuted on the list after a pandemic-induced surge in testing caused shares of his company to double in the past year.

The country's IPO rush returned property magnate and politician Mangal Prabhat Lodha (No. 42, $4.5 billion) to the ranks, following the April listing of his Macrotech Developers.

Among the four other returnees is Prathap Reddy (No. 88, $2.53 billion), whose listed hospital chain Apollo Hospitals Enterprise has been testing and treating COVID-19 patients.

Eleven listees from last year dropped off, given the increased cut-off for gaining entry to this year's list. The minimum amount required to make this year's list was $1.94 billion, up from $1.33 billion last year.

Naazneen Karmali, Asia Wealth Editor and India Editor of Forbes Asia, said: "This year's list reflects India's resilience and can-do spirit even as Covid-19 extracted a heavy toll on both lives and livelihoods. Hopes of a V-shaped recovery fueled a stock market rally that propelled the fortunes of India's wealthiest to new heights. With the minimum net worth to make the ranks approaching $2 billion, the top 100 club is getting more exclusive."