Chief Minister Pinarayi Vijayan and Leader of Opposition Ramesh Chennithala blasted the legislation, which they said was against tall that the Constitution stood for
K RAVEENDRAN 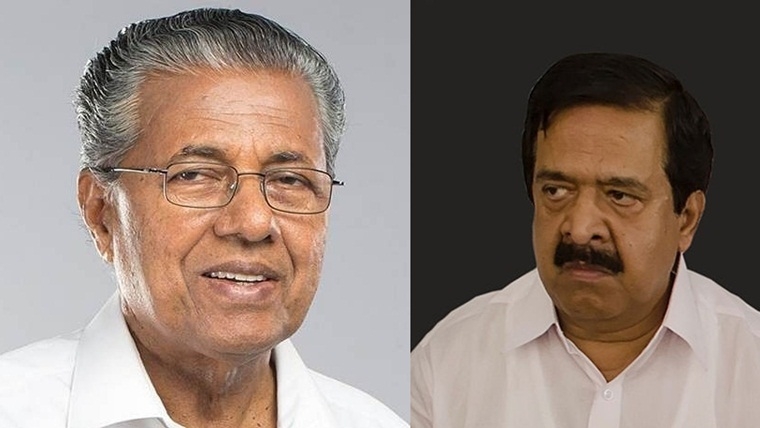 In a rare show of unity, Kerala’s ruling Left Democratic Front (LDF) and the opposition United Democratic Front (UDF) together staged a satyagraha at the Martyrs’ Square here to protest against the Citizenship Amendment Act of the Modi government.

The Modi government is pursuing the agenda against secularism by enacting the Citizenship Amendment Act, which destroys the very concept of freedom enshrined in the Constitution, they said.

Opposition leader Ramesh Chennithala said that the law is against the basic tenets of our Constitution and that the Modi government was suppressing dissent using savage force.

"The manner in which the government is dealing with the protest against the law makes one wonder whether we are living in a democratic society," he asserted.

Chennithala said the government has the mandate to change the statute, which has been done over a hundred times, but it does not mean that the basic structure of the Constitution can be altered.

"The new law divides the country on the basis of religion and therefore it is time for a second independence movement," he observed.

The meeting was also addressed by ministers, leaders of major political parties and prominent personalities from the fields of art, culture and literature.

Members of the Renaissance Protection Committee, which was formed under the initiative of Pinarayi Vijayan during the Sabarimala agitation, also joined the protest.

Meanwhile, State Governor Arif Mohammed Khan faced protests by youth outfits in Kochi, where he had come to address a meeting of the vice-chancellors of universities in the state. The Governor had earlier spoken in favour of the Citizenship Amendment Act and asserted that it was not directed against Muslims.

He, however, said that those who opposed to it are free to protest, but this should be done in a peaceful manner.

“Nobody has the right to take the law into their own hands,” Arif Mohammed Khan said while decrying attempts to remove the barricades on the road to the Raj Bhavan, leading to the police action.

The protest came in the wake of the Governor’s response Chief Minister Vijayan's claim that Kerala will not implement the new Citizenship law.

Arif Mohammed Khan had said that the roles of the states and the central government were well-defined in the Constitution and no one can run away from their responsibilities.