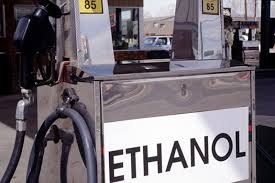 Anil Modi, Chairman of the DD Modi Group, said, “This project will help the company have a diversified portfolio of businesses. /Representative Pic |

MBPL has received an in-principle approval for a 210 KLD distillery for the manufacture of ethanol from the Central Government, along with signing an MOU with the Chhattisgarh Government for the same.

The investment over the next two years is expected to be approximately Rs 250 crore., with the first phase of 110 KLD being completed within a year with an investment of Rs 160 crore.

The project will be funded with a combination of internal accruals and debt for which the company has already received the in-principle approval from its banks. The company has already purchased land for the project and is in the process of ordering plant and machinery, and aims to commission the plant in the 3rd quarter of the next financial year FY 22-23.

Chairman of the DD Modi Group, Anil Modi said, “This project is in line with the company’s core values and commitment towards sustainable growth and will also help the company have a diversified portfolio of businesses. We thank the central and state governments for their support to this project. Immense benefits can accrue to the country by 20% ethanol blending by 2025, such as saving Rs 30,000 crore of foreign exchange per year, energy security, lower carbon emissions, better air quality, self-reliance, use of damaged foodgrains, increasing farmers' incomes, employment generation, and greater investment opportunities.”

Bioethanol is the most significant biofuel in today's economy, accounting for 65 percent of worldwide biofuel output, and it has the potential to help with the energy transition. According to the Ethanol Blended Petrol (EBP) programme, the government has allowed 20 percent ethanol blending with gasoline and has directed public sector oil marketing companies (OMCs) to sell ethanol-blended petrol. This program, in which OMCs sell petrol blended with ethanol, has been extended to the entire country. In order to fulfill the PM’s vision, 1200 cr litres of alcohol (for all uses) would be required per annum, requiring a distillation capacity of 1400 cr litres PA across the country. Currently India’s distillation capacity is only 787 cr Litres PA thereby requiring the doubling of capacity in the next 3-4 years, giving an immense boost to the sector.