Fugitive diamantaire Mehul Choksi is in the custody of the Criminal Investigation Department (CID) in Dominica, reports Antigua media.

He was captured while trying to flee to Cuba, said sources.

Choksi, wanted in a Rs 13,500 crore loan fraud in Punjab National Bank, had gone missing in Antigua and Barbuda where he has been staying since January 2018, his lawyer and the Royal Police Force of the Caribbean island nation said.

Prime Minister Gaston Browne had on Tuesday downplayed "speculation" that Choksi had fled to Cuba as no aircraft with a flight plan having him as passenger has left the country, leaving the only option of travelling by boat. It is "unlikely" that he had reached Cuba in 36 hours by boat, he said. "Law enforcement continuing to collaborate with regional and international police so he is located just in case he has absconded. I maintain Mr Speaker that we do not have any reliable information to date that he has absconded," Browne said in his statement to the Parliament of Antigua and Barbuda.

His lawyer Vijay Aggarwal confirmed that Choksi has been missing since Sunday. "Police in Antigua have started search operations for him. The family is worried about his safety. We are keeping a watch on developments," Aggarwal told PTI on Tuesday.

The Central Bureau of Investigation, which is probing allegations against Choksi, is verifying the reports through "formal and informal" channels, including the Interpol that has issued a red corner notice against him on a request from the agency, officials here said.

The statement from the Antiguan police, which launched a missing person operation on Sunday, carries a photograph of the businessman and seeks information from the public.

Read Also
Is Mehul Choksi a citizen of Antigua? Amid reports of his citizenship being revoked, lawyer...

"The police are investigating a Missing Person Report made of 62-year-old Mehul Choksi of Jolly Harbour. Mehul was reported missing on Sunday 23rd May 2021 at the Johnson Point Police Station," it said.

While Modi is in a London prison after being repeatedly denied bail and is contesting his extradition to India, Choksi took citizenship of Antigua and Barbuda in 2017 using the Citizenship by Investment programme before fleeing India in the first week of January 2018. The scam came to light subsequently. Both are facing a CBI probe.

Read Also
Mehul Choksi has no reason to leave Antigua, claims his lawyer 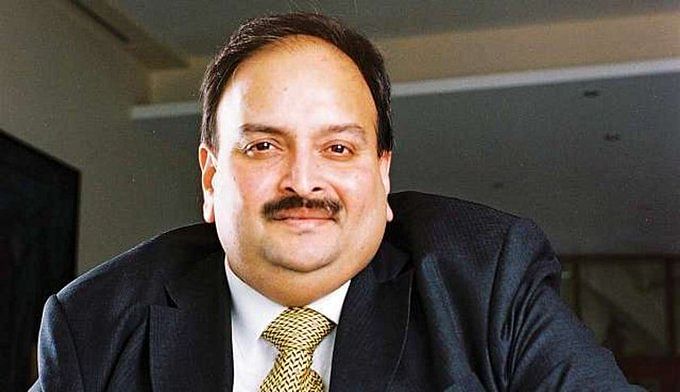