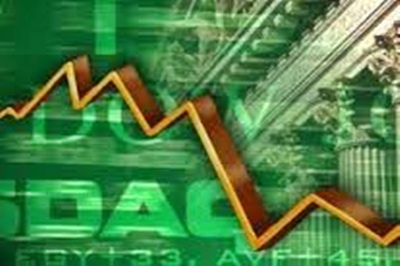 The stock market indices tumbled after a three-session gains. The benchmark index wiped out its opening gains and moved lower in the early session, made low at 16,909.60. After that we witnessed further recovery in the second half of the session. All the sectoral indices have closed in red

Among the top Nifty losers were Grasim Industries, ONGC, Eicher Motors, NTPC while HCL Technologies, Tech Mahindra, SBI Life, Asian Paints and Wipro were the gainers on the Nifty on December 24.

Nagaraj Shetti, Technical Research Analyst, HDFC Securities said, "The recent pullback rally of the last three sessions seems to have completed around the strong overhead resistance of 17,150-17,200 levels. There is a possibility of further weakness down to 16,700-16,650 levels by next week. Any upside bounce from here could be a sell on rise opportunity."

Asian stocks were mixed pm Friday after failing to harness a tailwind from the US. European shares were nominally higher amid expectations that the Omicron variant won’t derail the economic recovery, although activity should remain thin as most cash and derivatives markets are either closed or open half day, said Deepak Jasani, Head of Retail Research, HDFC Securities.

"Nifty logged nominal gains in the penultimate week of 2021, aided by IT and pharma stocks. After a three-day rise, Nifty expectedly corrected, though it did not close at the intra day low. Advance decline ratio was in the negative but improved from the afternoon lows. On daily charts, Nifty has formed a bearish engulfing pattern. A move below today’s low, i.e. 16,909, could result in faster fall in the coming week which also may see low volumes as most institutional players are on year end leave. However a breach of 17,118-17,155 on the upside could result in better momentum on the upside," Jasani added.

Sachin Gupta, AVP-Research, Choice Broking, said, "Technically, the Nifty index has taken resistance at Middle Bollinger Band formation and retreated lower. However, the hourly chart shows immediate support at 50 SMA around 16,950-17,000 levels. A momentum indicator RSI & Stochastic is also supporting the positive bias. At present, the Index has support at 16800 levels while immediate hurdle at around 17,200 levels, crossing above the same can show 17,400-17,500 levels. On the other hand, Bank Nifty has support at 34,300 levels while resistance at 35,500 levels."

Amol Athawale, Deputy Vice President - Technical Research, Kotak Securities Ltd, "The 3-day rally was broken as worries of Omicron variant spread and concerns of a fresh lockdown triggered nervousness amongst the investors. Despite the intra-day volatility, the Nifty managed to close above the 17,000 mark. The index is still holding at a lower top formation, which indicates medium term weakness. In addition, on weekly charts, the index has formed a long leg bullish candle that shows continuation of a pullback rally in the near future. While the intraday texture of the market is bullish, the 20 day SMA and 17,250 level could act as an important hurdle for the market. Trading set up suggests that before a fresh breakout, the index is likely to consolidate within the range of 16,800 to 17,250 levels."

Shrikant Chouhan, Head of Equity Research (Retail), Kotak Securities Ltd, said, "The markets started the week with correction amid concerns of rising Omicron variant cases and increasing hawkishness from global Central Banks. In line with global markets, the domestic markets recovered some losses during the week. BSE Sensex and Nifty 50 ended the week almost flat. With market volatility, defensive sectors saw interest from the market participants. BSE IT, BSE FMCG, and BSE Healthcare index gave positive returns. On the other hand, BSE Bankex and BSE Oil & Gas index witnessed selling pressure. While the US 10-year treasury yield remained broadly stable, oil prices have again started to move higher. So far this month, FII continues to be a net seller in the Indian market. Apart from inflation and global Central Bank announcements, global and domestic markets will continue to keep track of the Omicron variant spread."