Patanjali Foods reported a 32% year-on-year decline in net profit for the quarter ended September, at 1.12 bln rupees, because of the extreme price volatility in the global edible oils market, particularly in palm oil

Unfazed by weak earnings for the September quarter, Sanjeev Asthana, chief executive officer of Patanjali Foods Ltd, is confident his company will return to the path of growth in terms of both sales and profitability by the end of March.

Describing the performance of Jul-Sep as an exception, Asthana expresses confidence that Patanjali Foods, formerly known as Ruchi Soya Ltd, will post healthy growth not just during the current quarter but also for the full financial year.

Patanjali Foods reported a 32% year-on-year decline in net profit for the quarter ended September, at 1.12 bln rupees, because of the extreme price volatility in the global edible oils market, particularly in palm oil. The operating margin contracted by 321 basis points to 2.29% despite a 42% increase in revenues to 85.14 bln rupees.

Asthana cites the unexpected removal of the export ban in Indonesia and unusual price movements in global markets as some of the reasons for the weak performance in Jul-Sep.

"Second quarter was an exception. It should be healthy growth for the third quarter as well as full year, though we are not giving any guidance," says Asthana in an interview to Informist, declining to put any number on growth.

Indonesia had in April imposed a ban on edible oil exports, resulting in a huge price rise in global markets. However, the ban did not continue for long, leading to a steep fall in prices as well as inventory-related losses for many companies that had purchased edible oil at high prices.

Over 80% of Patanjali Foods' revenue comes from the edible oil business and 70-80% of the company's edible oil is imported.

By introducing new products, Patanjali Foods hopes to increase its food business to 50% of overall sales over the next five years. Currently, the foods business--comprising atta, biscuits, staples, breakfast cereals, noodles, and honey under the Nutrela brand--contributes 20% to the company & sales.

The company also has a nutraceuticals division, which sells plant-based nutritional food items.

The company is actively engaged in oil palm farming and plans are in place to expand the current 60,000 ha of oil palm plantation to 500,000 ha over the next five years to gradually cut its dependence on imports.

Expansion of oil palm farming will reduce the company's exposure to the risks associated with global volatility and increase profitability, says Asthana.

Q. Patanjali Foods Jul-Sep performance was lower compared to the previous quarters. What are the reasons? Do you see any recovery in the coming quarters?

A. What we saw between June and September, markets were very volatile. They almost fell anywhere between 25% to almost 38%. There is a huge drop in prices, which happened due to factors that were global in nature. For example, we had a ban on palm oil exports by Indonesia, which they suddenly reversed. Because of that ban, prices went up a lot worldwide and that sudden decision to lift the ban, was one big reason (for the price drop).

China, at the same time, had zero-COVID policy and its imports and demand went down substantially. Another factor is the Russia-Ukraine situation. The prices went up initially, but when the green corridor opened and supplies improved, the prices came down. At the end, suddenly the sentiment became bearish and markets fell way faster than they should have. It was more a sentiment driven drop in prices.

Q. So, do you see any signs of recovery in Oct-Dec?

A. What has happened now in October is that prices have started to revive. They had fallen by almost 38%, but have now gone up by almost 15-20% and seem to be stabilising now. There are some bearish overtones, and also an equal number of bullish overtones. Without a question, Oct-Dec will be good. We are expecting that the (palm oil) market will be range-bound now.

Q. You said the palm oil market would be range-bound. What does it mean?

A. It would be between 5% plus or 5% minus, that's what I estimate till we see a big trigger, which could drive this sudden change in the markets.

South America is one of the major edible oil suppliers and any changes in weather in that region will likely hit supplies. Countries like Brazil, Argentina and Colombia are the key exporters of edible oil and seeds like soybean, groundnut and sunflower. Likewise, Chinese New Year is at the end of January. There are things of that kind which will have some role.

Q. What is happening at the demand side for the edible oils business?

A. Overall, at the macro level, demand is pretty consistent. The demand fell in between, as I mentioned, the market tends to drop suddenly. So, that accentuated the drop in prices, which is exactly what happened in the second quarter. But, that should start to get over. We have a big wedding season around the corner between November and December. So, we should have a reasonably good demand (for edible oils) and that should be healthy for the industry.

Q. Globally, do you see any price rally, as we have festivals in south and southeast Asia?

A. That region doesn't have much of an impact globally, but two events that are likely to trigger the price. One is Chinese New Year as China is now open. They should be stocking up now. The second trigger is the India side. But, the larger issue that we can expect to hear is on the supply side. Whether the production cycle goes down in Indonesia, Malaysia, supply will have a larger impact really than the demand side.

Q. How dependent is Patanjali Foods on imports?

A. Heavily. In fact, all the companies on a substantial scale have to depend on imports. Imports constitute almost 60-65% of what we consume. We are equally dependent on imports.

Q. How is inventory planning and capacities?

A. We have a strong system in place to manage the supply chain and procurement to service our demand. Patanjali Foods stocks up about 18-25 days of its edible oil requirements, besides taking hedging cover for a small portion of its total imports. 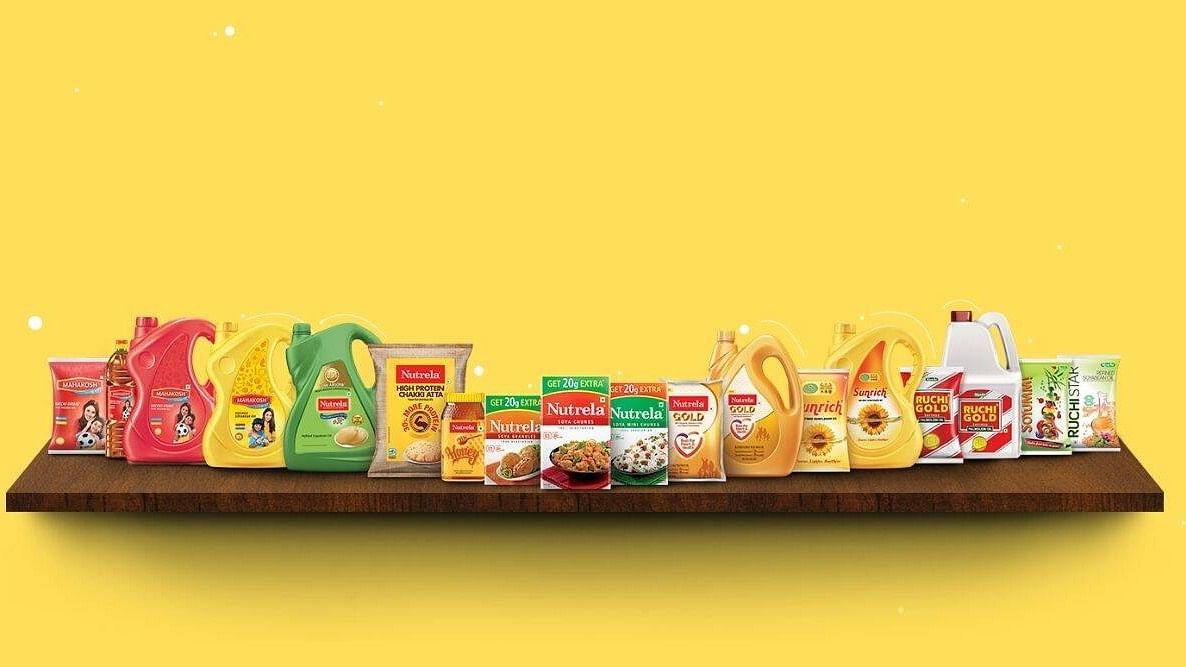 A. We are doing that in a big way and working on oil palm plantations. We are doing over half a million ha in the next five years on our own. We already have 60,000 ha of plantation. This is a very ambitious project. We have already signed agreements with all the state governments. The Andhra Pradesh plantation project is very huge, and now we are doing it with Telangana. We are also doing Arunachal Pradesh, Assam, Mizoram and Tripura.

Q. What kind of investment are you putting in these plantation projects?

A. These are large and substantial scales of investments that we are doing over the next five years. We may spend around 20 bln rupees over five years. Most of it goes to back-end infrastructure like putting crushers and processing centres. It is a large investment.

Q. So, when that happens, that 500,000 ha comes to your kitty, will your import dependency come down and up to what extent?

A. Not that much. If we produce one mln tn, that is our requirement, but by the time the produce comes, our requirement would increase substantially. We have 9% market share of the country&rsquo;s total market. Our total imports were at around 1.7 mln tn. It is about 70% of the total requirement.

Q. How is the food business doing?

A. Food business has picked up very well. It is quite a large part. Directionally, we want to make it 50:50 over five years in terms of revenue. Currently, it is very small. We are about 20% as of Jul-Sep.