Jeff Bezoz, Amazon may have lied to Congress, say US lawmakers 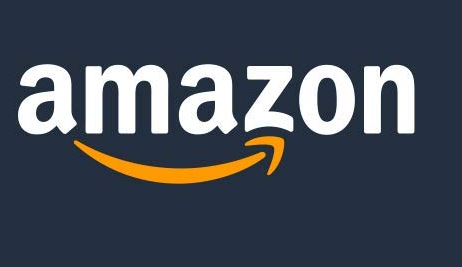 Amazon, as per a Reuters investigation, is accused of using data from third-party sellers to determine products it would create./ Representative Image |

Five members of a US congressional committee have told Amazon Inc that it led them on the wrong road during a probe on business practices.

Following up on a Reuters report from New Delhi, the lawmakers shot off a blunt six-page letter as well as a press statement.

"At best, this (Reuters) reporting confirms that Amazon's representatives misled the Committee. At worst, it demonstrates that they may have lied to Congress in possible violation of federal criminal law. In light of the serious nature of this matter, we are providing you with a final opportunity to provide exculpatory evidence to corroborate the prior testimony and statements on behalf of Amazon to the Committee.

"We strongly encourage you to make use of this opportunity to correct the record and provide the Committee with sworn, truthful, and accurate responses to this request as we consider whether a referral of this matter to the Department of Justice for criminal investigation is appropriate," both documents reviewed by IANS said.

In this letter, addressed to Amazon CEO Andy Jassy on Sunday, the lawmakers asked Amazon to provide "exculpatory evidence" to corroborate the sworn testimony that several leaders, including then CEO, Jeff Bezos, provided to the antitrust subcommittee in 2019 and 2020.

In the US, police and prosecutors are required to disclose to the defendant exculpatory evidence they possess before the defendant enters a plea (guilty or not guilty).

"We're giving Amazon one last chance to come clean about how they abuse other seller's data and unfairly advantage their own products. We cannot continue to allow Big Tech to destroy small businesses," Cicilline tweeted.

The sub-committee investigated Amazon's use of data from third-party sellers even as it developed private-label products.

An Amazon spokesman was quoted countering that its executives didn't mislead and said the company has an internal policy on use of individual seller data to develop Amazon products. Amazon also said it investigates allegations that the policy may have been violated and designs the search function on its site to feature products that customers want.

At issue is how Amazon responded to accusations that it uses the data of third-party sellers on its site when creating private-label products. Amazon executives are on record telling members of the subcommittee in testimony and in written responses that the company doesn't use the data of individual third-party sellers to inform its own brands.

The letter names Bezos, Nate Sutton, Amazon's associate general counsel, who testified in July of 2019, and David Zapolsky, the company's general counsel, and Brian Huseman, Vice President for Public Policy. The letter states that the committee is considering "whether a referral of this matter to the Department of Justice for criminal investigation is appropriate".

The committee gave Jassy until November 1 to provide a sworn response to clarify "how Amazon uses non-public individual seller data to develop and market its own line of products", and how Amazon's search rankings favour those products.

Last week, another group of lawmakers, comprising both sides of the US political aisle, led by Senators Amy Klobuchar, Democrat, and Chuck Grassley, Republican, announced plans to float legislation to bar Big Tech platforms like Amazon and Alphabet's Google from favouring their own stuff.

The Klobuchar-Grassley measure aims at reining in tech firms, including industry leaders Facebook and Apple. Past attempts on these lines have failed although one, a broader measure to increase resources for antitrust enforcers, has passed the Senate.

Amazon, as per a Reuters investigation, is accused of using data from third-party sellers to determine products it would create.

Reuters said it reviewed "thousands of internal Amazon documents, that the US company's India operations ran a systematic campaign of creating knockoffs and manipulating search results to boost its own private brands in the country, one of the company's largest growth markets".

Jassy, 53, a Harvard MBA is a classic insider. His Amazon journey began in 1997 as a marketing manager alongside others from his class. By 2020 he had turned AWS, his baby, into a $45 billion milch cow. Jassy succeeded Bezos July 5.