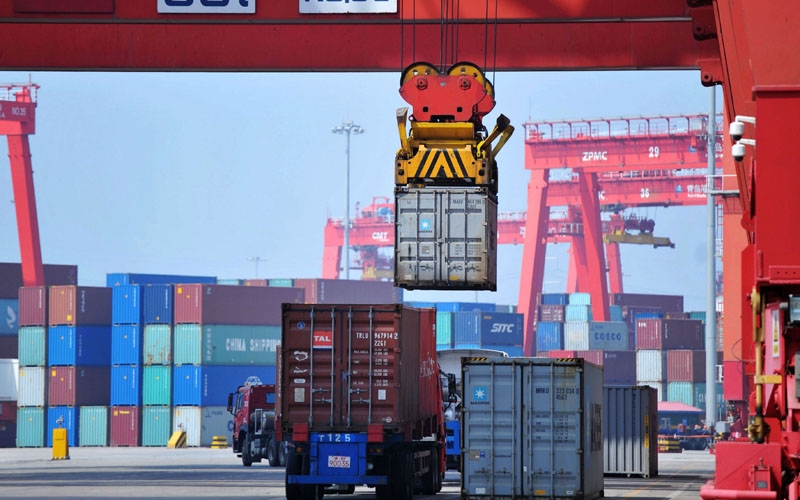 Japan's imports were seen rising 28.5 percent, according to Finance Ministry data, for the second straight month of a trade surplus for the world's third largest economy. Exports in July jumped 37 percent from a year ago, according to government data. | AFP PHOTO

Japan's exports in July jumped 37 percent from a year ago, the government said Wednesday, highlighting an overseas recovery from the coronavirus pandemic.

Imports also grew, rising 28.5 percent, according to Finance Ministry data, for the second straight month of a trade surplus for the world's third largest economy.

Japan's exports grew to the US, Asia and Europe; while imports increased from Brazil, Belgium and Kuwait. By category, exports grew in food, iron and steel products, and electronic parts. Imports rose in food, auto parts and oil. Japan marked a trade surplus with the US, but a deficit with China in July.

The strong trade numbers come even as Japan is seeing a surge in COVID-19 cases that are causing some hospitals to turn away patients.

The government state of emergency” was extended Tuesday through September 12. It had previously been set to end this month.

Prime Minister Yoshihide Suga also expanded the regions under emergency and a less strict quasi-emergency to about two-thirds of the nation. He promised hospital systems will be reorganized to increase wards to care for COVID-19 patients.

Japan has been trying to balance curbing infections while keeping the economy going. Japan's economy grew at an annual rate of 1.3 percent in the April-June quarter.

The emergency is centered around having restaurants and bars close early and not serve alcohol and asking department stores and shopping malls to limit crowd size. Some government advisers have suggested stricter measures may be needed.

Japan has had more than 15,000 COVID-19-related deaths. But worries are growing about the new more contagious delta variant. After the Tokyo Olympics were held without fans, the Paralympics open later this month with similar anti-virus measures in place.

Although the vaccine rollout started slowly, about 40 percent of the population now is fully vaccinated.