The rural markets continued to witness a slower growth compared to the urban markets during the April-June period.

Demand in the FMCG industry remained soft in the June quarter, with major players Dabur, Marico and Godrej Consumer Products Ltd (GCPL) stating that consumers have titrated consumption as unprecedented inflation continued to impact the share of their income available for spending on consumer staples.

The domestic FMCG industry continued to be "hit hard by inflation levels" leading to successive price hikes as well as impacting volumes during the three months ended June, said the leading FMCG players in their update for the first quarter.

While the gross margins have also been impacted due to successive price hikes and impact due to input inflation such as crude led derivatives, vegetable oils, honey and other agri-based commodities.

Moreover, the rural markets continued to witness a slower growth compared to the urban markets during the April-June period.

Godrej Consumer Products Ltd (GCPL) and Marico expect a volume decline "in mid-single digits" in its India business as the sector continued to witness "tepid demand" with rising retail inflation exerting pressure on the share of wallet.

"The Indian FMCG industry continued to remain soft during the quarter. It continued to be hit hard by inflation levels aggravating due to geopolitical tensions, leading to successive price increases and impacting volumes," GCPL said in its quarterly update.

Godrej Group FMCG arm GCPL expects to deliver early double-digit sales growth on a high base in India and the growth will be mostly "price-driven" in Q1 FY23.

The company would have "mid-single digit volumes drop on a high base, with a 3-year volume CAGR close to mid-single digits," in the domestic market, GCPL said.

While Dabur said its India business has been "fairly resilient" in this challenging macro environment and is expected to report "high single-digit revenue growth" on a very high base of 35.4 per cent revenue growth in Q1 FY22, it added.

"This is backed by mid-single-digit volume growth. Food & beverages vertical has seen strong double-digit growth in the quarter on the back of improving out-of-home consumption, innovation and intense summer season," Dabur said.

In recent months, inflation has been on the rise in most of the markets worldwide.

However, FMCG players reported growth from international business and their consolidated revenue in Q1 FY23 marginally higher on a year-on-year basis.

The company expects "consolidated revenue in the quarter ended marginally higher on a year-on-year basis." Dabur's international business is expected to register a "high single-digit revenue growth" during the April-June quarter in constant currency.

"Overall, the consolidated revenue is expected to grow at mid to high single digits. We continue to grow ahead of category growths and gain market share in most of our segments," Dabur said.

However, GCPL said that in Indonesia, which is the company's second-largest market after India, also faced an impact on consumption and margins.

"In Godrej Africa, USA, and the Middle East, we continued our growth momentum across most of our key countries of operations. We expect to deliver double-digit sales growth, with a continued focus on driving sustainable, profitable sales growth," it said.

Further, it expects a constant currency sales growth in the high teens in Latin America business.

"At a consolidated level, we continue to leverage our category and geographic portfolio. We expect to deliver high single-digit sales growth and a 3-year CAGR in double-digits," the company said However, In spite of high inflation and near-term consumption pressure, the FMCG makers will continue to invest behind power brands, innovation, A&P and distribution expansion.

GCPL expects a recovery in "consumption and gross margins" in the upcoming quarters, with inflationary pressures abating and significant correction in palm oil derivatives and crude oil, which are some of its key raw materials.

Marico said it maintains its aspiration of "delivering sustainable and profitable volume-led growth over the medium term".

In their updates, FMCG makers has provided an overall summary of the performance and demand trends witnessed during Q1 FY23 and this will be followed by detailed financial results once their respective boards approve their financial results for the quarter ended June 30, 2022. 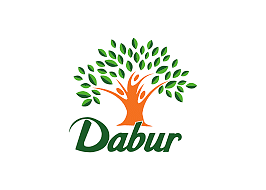