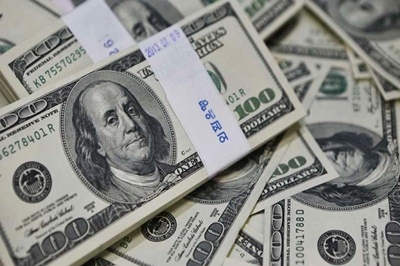 Compared to June last year, when most of the economic activities were ravaged by the coronavirus pandemic, the exposure of India to the US Treasury securities jumped by nearly $40 billion. |

Compared to June last year, when most of the economic activities were ravaged by the coronavirus pandemic, the exposure of India to the US Treasury securities jumped by nearly $40 billion.

Latest data from the US Treasury Department showed that India, with holding worth $220.2 billion at the end of June this year, is the 11th largest holder of these securities while Japan has the most exposure at little over $1.277 trillion.

India has been steadily hiking its exposure to the treasury securities since March when it was at $200 billion. In April, the holding rose to $208.7 billion and then to $215.8 billion at the end of May.

Unmesh Kulkarni, Managing Director Senior Advisor at wealth management major Julius Baer India, said the rise in India's exposure to US treasuries needs to be seen in the context of the continuous build-up of the country's forex reserves.

"US Treasury yields, after bottoming out around the middle of last year and rising steadily thereafter, have been on a decline since May'21, while RBI has been gradually raising its exposure since April '21," he told PTI.

Forex reserves of India stood at $619.365 billion in the week ended August 13 after touching a record high of $621.464 billion in the previous reporting week.

Kulkarni noted that domestic liquidity in the Indian money markets has been ruling high, and RBI has been trying to normalise the liquidity situation through variable rate reverse repo auctions.

"The increasing forex reserves further add to the domestic rupee liquidity, and therefore it makes sense for RBI to drain a part of the surplus liquidity by purchasing forex assets.

"Among forex sovereign assets, the US dollar is generally the more preferred currency of the RBI; contrary to market expectations, the US dollar has been stable in the current calendar year so far, and has in fact appreciated 4.1 per cent (Dollar Index) and 1.8 per cent against the INR," he said, adding that apart from RBI, it is learnt that Indian commercial banks have also started deploying some of their surplus funds in overseas sovereign papers.

In terms of US Treasury securities'' holding, Japan is at the top followed by China with an exposure of $1.061 trillion at the end of June.

Nimish Shah – Chief Investment Officer – Listed Investments at wealth advisory firm Waterfield Advisors said RBI and banks have started to increase exposure and invest surplus in US treasuries on the back of revised rules for investing in offshore sovereign securities.

"Strength of the US economy and currency when compared to other countries make US a preferred destination. Banks having hit the limit for investments in unlisted investments, including foreign sovereign bonds, were pushing for increasing the limits. This increase in limits could also help stabilise forward rates," Shah said.