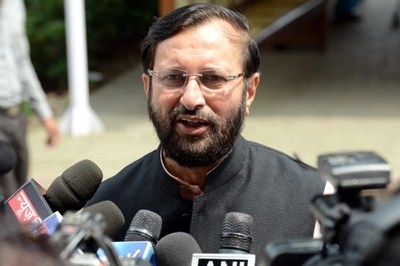 Paris:India will set up eight new ecological observatories, as compared to just one at present, including in the Himalayas and Western Ghats, to map the long-term impacts of climate change, Environment Minister Prakash Javadekar has said. “We will be putting up 8 new observatories in eight different biomes. We have fortunately tremendous diversity in India. We have 17 per cent of world’s population, 17 per cent of cattle population but we have only 2.5 per cent of world’s landmass but still we have eight per cent of biodiversity in India,” Javadekar said while launching the Long Term Ecological Observatories (LETO) Programme.

“Climate change impacts everything. It does not only impact air, water or weather, it does impact biodiversity as well. To really judge, the long-term ecological impacts, we need long term ecological observatories. India believes in science.

“We will be putting them up in Himalayas, Western Ghats, central India to Sunderbans and from Jammu and Kashmir to Rajasthan and Gujarat. “We have 10 coastal states, 10 Himalayan states, 10 forest dominant states, 1,300 islands. This new initiative which is science-based is very important,” he said. He also launched a booklet on climate-friendly lifestyle practices in India which highlights the Indian ethos of conservation, saving, and not wasting anything.

Javadekar said that at present many countries assess the situation based on model studies but India will do it on practical basis. Officials pointed out that India has been doing long-term ecological monitoring only at one place in the country – a 50 hectare plot at Mudumalai which has been monitored for over the past 30 years by Indian Institute of Science, Bangalore.

India’s LTEO programme will enable Indian scientists to join international initiatives on the subject and provide empirical data on actual impacts on various ecosystems, thereby indicating the need for imminent adaptation measures. A key feature of this initiative, they said is that it will cover all the major biomes of the country from Western Himalayas to Western Ghats, Eastern Himalayas to Andaman and Nicobar Islands, Central India to the Sunderbans and from Jammu and Kashmir to Rajasthan and Gujarat.

The long-term scientific monitoring of the natural landscapes of the country, its waters, forests, grasslands, mammals, birds, herpetofauna, fishes, insects and traditional human socio-ecological systems, at representative sites will be carried out under a multi-disciplinary and multi-institutional framework.

The focus would be to pick up signals and patterns of how changes in climate are affecting natural and closely associated human systems of agriculture and pastoralism, officials said.