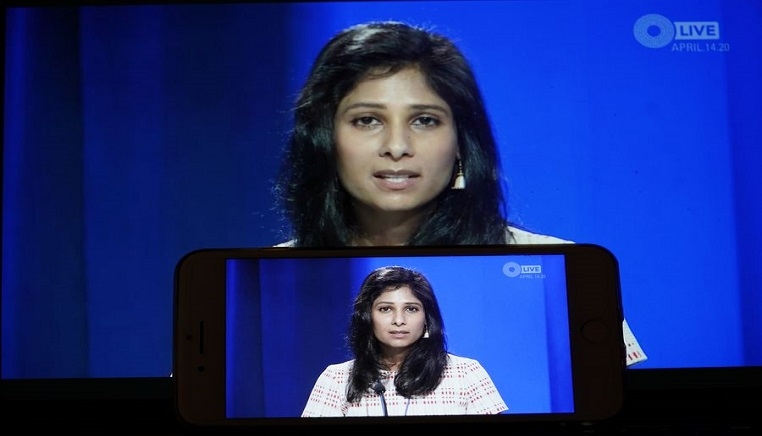 Gopinath won praise for drafting a $50 billion proposal on ending the pandemic by vaccinating at least 40 percent of the population in all countries by the end of 2021./Gita Gopinath | Xinhua/Liu Jie

International Monetary Fund chief economist Gita Gopinath will return to Harvad University in January as planned when her public service leave of absence from the university ends, the IMF said on Tuesday.

IMF Managing Director Kristalina Georgieva cited Gopinath's "tremendous" impact on the IMF's work. "Gita also won the respect and admiration of colleagues in the Research Department, across the Fund, and throughout the membership for leading analytically rigorous work and policy-relevant projects with high impact and influence," Georgieva said in a statement.

Gopinath won praise for drafting a $50 billion proposal on ending the pandemic by vaccinating at least 40 percent of the population in all countries by the end of 2021, a plan later endorsed by the World Bank, the World Trade Organization and the World Health Organization. Her departure from the global crisis lender is unrelated to the ethics scandal that had raised questions about Georgieva's future as the IMF's leader, according to a person familiar with the matter.

Gopinath's leave from Harvard already extended by one year, was ending, and her family had remained in Boston, the person said. She will remain at the IMF to oversee the release of the fund's next World Economic Outlook forecasts in January.

The IMF executive board last week cleared Georgieva of any wrongdoing related to allegations. As the World Bank's chief executive, she put undue pressure on bank staff to alter data to favor China.

The US Treasury Department continues press for changes at the institutions to safeguard their integrity.

Gopinath told a news conference last week that the IMF takes data integrity "incredibly seriously" and has robust systems in place but is always looking for ways to improve.