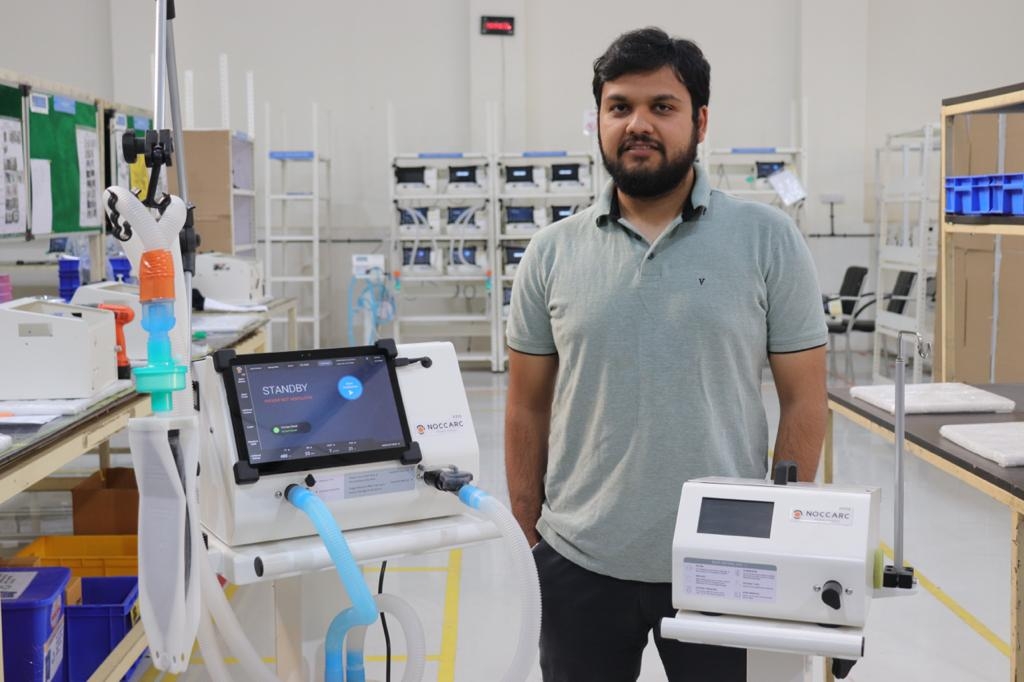 IIT Kanpur incubated startup Noccarc, formerly Nocca Robotics, expects around a 10-fold rise in revenue to Rs 150 crore in the current fiscal, driven by higher demand for COVID-19 ventilators from the domestic and overseas markets.

Noccarc co-founder Harshit Rathore told PTI that the company has grown from 22 people to 130 in the last one year and plans to increase the team to over 200 in the next two years.

"Noccarc's revenue is expected to touch a whopping Rs 150 crore in the financial year (FY) 2022, a massive surge from its FY'21 revenue of Rs 15 crore," Rathore said.

Founded in 2017, the company was producing 20 ventilators per day in March 2021, which increased to 105 ventilators a day by the end of April 2021 to meet the soaring demand.

Rathore said Noccarc has deployed over 3,000 ventilators in seven months, with 80 per cent of the deployments were done in private hospitals, and region-wise, 23 per cent of the total were deployed in Maharashtra.

The company forayed into ventilator production after the country witnessed a huge surge in COVID-19 patients that required critical care support. Rathore noted that the demand for ventilators shot up by 800 per cent during the second wave and the company ramped up its production facility to supply 2,500 units in three months.

"The company's team has achieved aggressive product development timelines and we aim to significantly bring down the high-end medical equipment import by 20 per cent over the next five years.

“Noccarc plans to launch four new products for ICU care that will align with global compliance standards in the next six months. We also plan to foray into the US and Europe markets," Rathore said.