How to read a candlestick chart? 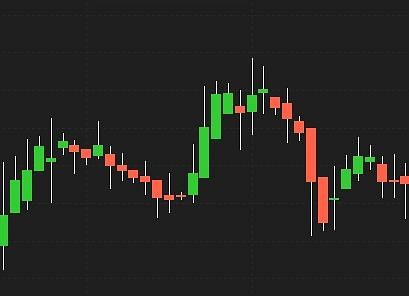 Understanding the candlestick chart is an essential skill for anybody who wants to master trading truly. This is traditionally a pattern chart that can help determine price direction and identify when momentum may be shifting. It's also a useful tool for researching stocks before investing as it helps you understand market psychology, mood swings, support and resistance levels, and even market sentiments. Candlestick charts are especially useful when studying currency pairs, commodities, and municipal bonds because it helps you see how well a currency or commodity performs compared to others in the same geographical region. You can also see how volatility changed amid the trading day and drove the most price momentum.

It's a concise, page-turner tool that is highly recommended for any serious trader at any level. Let's review some of the most common candlestick patterns.

This pattern is an extremely bullish signal and indicates a strong buying pressure. The two candles that make up this pattern must be of the same color to be counted as a valid bullish engulfing candlestick pattern.

This is a bearish pattern that predicts or indicates strong selling pressure. It's important to note that the two candles must be of the opposite color. For this candlestick pattern to be considered valid, there shouldn't be any space below the low or bottom price of the second candle. Prolonged downtrends often follow bearish engulfing patterns, and most traders will use them to enter short positions.

This is a bullish pattern that shows strong buying pressure. The high and low of the first candlestick must overlap with the high and low of the second candle. This pattern implies that buyers have good conviction in price and will continue to purchase. Bullish harami patterns are often followed by long uptrends, which means the price could continue higher if there are no solid supply signals or obstacles in its way.

This pattern is a bullish reversal pattern that shows strong selling pressure. Bearish harami patterns are often followed by downtrends and may signal the end of an uptrend. The two candlesticks in this pattern must be of the opposite color, and the low of one must be lower than the other.

This is a bearish reversal pattern signaling that selling pressure has taken over the market. It's important to note that the two candles must be of opposite colors for the pattern to be valid. Ideally, the second candle should engulf (cover) at least half of the first candle. Engulfing bearish patterns are often followed by sharp downtrends and may indicate that a trend reversal is in play.

This is a neutral pattern and can be either bullish or bearish, depending on the situation. It's characterized by little or no price movement on the chart. A doji pattern is made up of one candlestick, so it's not an actual candlestick but represents extreme price action on one day. The open and close should be practically the same, which signals indecision among buyers and sellers, who are roughly balanced with prices moving very little. The lack of price movement on the chart is considered a positive signal that could signal indecision from the market.

This pattern is a bullish reversal pattern. The first candle on this candlestick chart pattern indicates that the prevailing trend is for prices to rise and demand for buying is strong. The second candle shows that buying pressure has surpassed the prior high and has continued to increase, indicating that prices are likely going higher soon. The third candle indicates that the buying pressure has risen too high, and sellers have taken over the market, indicating a downward trend.

This is a bullish reversal pattern that signals that demand for a security or asset is strong enough to reverse sellers' gains and that buyers are starting to move in. The first candle on this candlestick chart pattern signals that demand for a security or asset is rising, and prices are likely to increase soon. This upward move must be in an upward trend. The second candle indicates an upward correction, but the buyers continue to push higher, and the traders who placed a sell order below the second candle now have to wait for their order to be filled at a lower price. The third candle turns green and trades above the last high of the first candle, which signifies that buyers control the market and that buying pressure is strong.

This bullish reversal pattern shows strong buying pressure and a sustained rise in share prices. The first candle on the chart shows that demand for an asset or security strengthens the upside. The second candle indicates that buying pressure has surpassed the prior high and continues to increase, which usually signals that prices will continue to rise. This bullish pattern is considered upside-biased if the third candle is green, which signals an uptrend in prices. This bullish pattern is considered downside-biased if the third candle is red and reaches the prior low of the second candle, which usually indicates that prices will fall.

This bearish reversal pattern shows strong selling pressure and a sustained decline in share prices. The first candle on this candlestick chart pattern signals that demand for an asset or security is weakening to the downside. The second candle indicates that selling pressure has surpassed the prior low and continues to decrease, which usually signals that prices are likely to drop. This bearish pattern is considered downside-biased if the third candle is red, which signals a downtrend in prices.

HomeBusinessHow to read a candlestick chart?