GST will be a game changer: Arun Jaitley 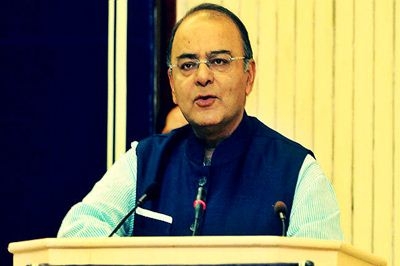 New Delhi: Finance Minister Arun Jaitley said on Tuesday that Goods and Services Tax Bill (GST) is the need of the hour and would be a game changer once it gets parliament’s nod.

“With GST, India’s gross domestic product (GDP) will increase by anywhere around 1 to 1.5 percent. There are lots of benefits of GST which includes the unified tax regime across India and reduction of black money,” he said while addressing the BJP parliamentary party meeting.

“In the long run the prices would come down, so would the inflation. The growth would kick start, the jobs would increase. There will be increase in exports too. It (GST) will be a game changer,” he added.

Jaitley emphasized the need to increase production to create employment and get taxes and use them for social security and development.

“This will enable maximum governance and will reduce harassment, paper work, corruption and hence passage of GST is the need of the hour,” he said.

He said that Prime Minister Narendra Modi took the initiative and held discussions with the main opposition party to solve the deadlock over the GST issue.

Union Parliamentary Affairs Minister M. Venkaiah Naidu said that government is making all out efforts for the passage of GST for the common good of the people.

“Opposition has to understand it and cooperate for passage of the bill in the national interest,” he said.