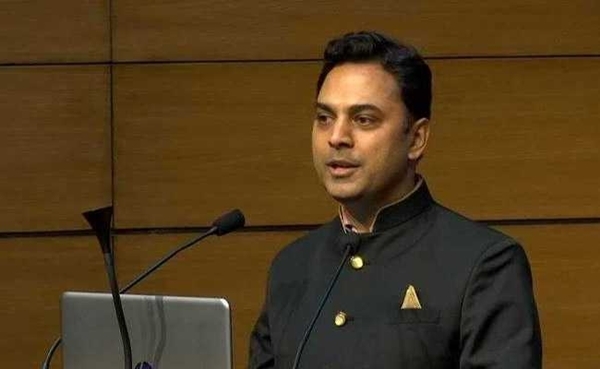 The government is open to coming out with more measures to boost the economy which has been hit by the second wave of the coronavirus pandemic, says Chief Economic Advisor (CEA) K V Subramanian.

He, however, added that the demand for a fresh stimulus package has to be considered against the backdrop of a host of initiatives taken by Finance Minister Nirmala Sitharaman in her budget for 2021-22 presented in February.

The Chief Economic Advisor was responding to a suggestion made by some industry bodies that the government needed to come out with a Rs 3 lakh crore stimulus package to boost the economy which was badly hit by the second wave of the coronavirus pandemic in April-May.

According to an assessment by the Reserve Bank, the second wave has cost the nation about Rs 2 lakh crore in terms of output lost.

"Like last year, we do remain very open to coming up with more measures as well...but I think it is really important to take into account the big differences between last year and this year when we talk about stimulus," he told PTI in an interview.

Elaborating his point, the CEA said that unlike the previous budget which was framed before the pandemic, the 2021 budget was presented amid the pandemic and had already incorporated significant fiscal expansion.

The focus is particularly on infrastructure spending which leads to construction activity and subsequently creation of jobs in the informal sector and demand generation, he said. It was witnessed during the January-March quarter of the last financial year, he added.

The significant capital spending by the government led to a 15 per cent increase in the construction sector in the fourth quarter and the gross fixed capital formation to GDP surged to 34 per cent, the highest in the last six years.

Emphasising that the final objective is to ensure that the economic recovery gathers pace, he said, the government will do whatever is necessary to ensure that.

With regard to food security for the poor, he said, the government has already extended the free food programme for 80 crore population till November.

The extension of PM Garib Kalayan Yojana would cost about Rs 70,000 crore, he said, adding free vaccination for all is another important economic measure.

"Vaccine as you would appreciate is by far the most important from the perspective to get back into the path of economic recovery," he said.

On the effect of the second wave on growth, Subramanian said, there will be some impact but it is not likely to be very large.

The Economic Survey 2020-21 released in January this year had projected GDP growth of 11 per cent during the current financial year ending March 2022.

India's economy contracted by less-than-expected 7.3 per cent in the fiscal year ended in March 2021 after growth rate picked up in the fourth quarter, just before the world's worst outbreak of coronavirus infections hit the country.

The GDP print was better than expected contraction of 8 per cent for 2020-21 as projected by the Economic Survey.