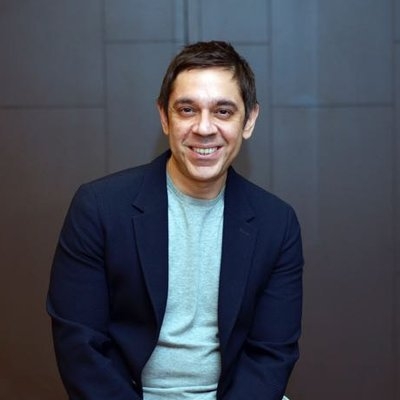 The revival of cinemas will depend on the content on offer, says PVR Ltd Joint Managing Director Sanjeev Kumar Bijli, confident that the culture of watching movies in theatres hasn’t changed and the sector will be back to pre-COVID numbers in the next financial year.

While theatres have to adhere to safety protocols, the fear factor also has to go away, Bijli told PTI as the film exhibition sector slowly gets back on its feet with theatres reopening in several states, including Madhya Pradesh, Rajasthan, Andhra Pradesh and Delhi.

Some states such as Maharashtra haven’t yet consented, but Delhi has allowed theatres to function at 50 per cent capacity and Chennai, an important market, opens on Thursday.

"I think the revival of cinemas is dependent on content. It''s also dependent on the safety protocols that we follow and the way we disseminate to the consumers. All these things have to be aligned. Plus the fear factor has to go away," he told PTI in an interview.

Akshay Kumar's spy thriller "Bell Bottom", which released on August 19, was the first major Hindi movie to be released in theatres after the second wave. It has reportedly collected more than Rs 17 crore at the box office.

According to Bijli, whose company is a major player with 846 screens across the country, the industry had hit pause but is now on the revival track.

"I don't think the culture of watching movies in theatres has changed. We were on pause since we were shut. So consumers had no choice but to sit at home and watch films on television,” Bijli said on the sidelines of the relaunch of PVR Priya in south Delhi’s Vasant Vihar area.

He admitted that a return to pre-COVID numbers is not possible this year.

"In this financial year, we are almost in September. We only have two quarters and I think these two quarters will all be about revival and getting consumer confidence back.

"It''ll be all about getting good content back in the cinemas and for the people to come and watch movies. So I think this is going to be a revival mode. By next financial year, we should be back in full form in full business."

In the wake of the coronavirus pandemic, a host of movies from the Hindi film industry and regional cinema, including "Gulabo Sitabo", "Shakuntala Devi", "Soorarai Pottru", "Laxmii" and "Jagame Thandhiram", debuted on streaming platforms.

Streaming services, Bijli said, had a field day as cinema halls were shut. Going forward, theatres will co-exist with streamers like they used to do before the pandemic.

"Producers were moving to streamers because they had no choice. Cinemas were shut and they also had to release their movies and make money. But I don't think it's a challenge. I think OTT, satellite and cinemas, they all co-existed in the past and they will do so in the future."

Bijli described the theatre experience as a major part of a film's "monetisation journey".

"I think everyone realises, the producers especially, that there is a monetisation journey of a movie that you can't ignore. Over 60 per cent of the revenue comes from the box office. You can't leave that on the table.

"After that, you monetise the movie, depending upon the success of the film, on OTT and satellite. So if you take one big chunk, then it's not going to benefit anyone," he said.

Gautam Dutta, PVR CEO, said the pandemic was an "external factor" that put a pause on the industry but there has been no change in the company's business plan.

"We are opening and people want to come out and watch movies. There are new movies which are coming. So there is no change. The fact of the matter is that there is no business plan change.

"Cases are coming down. We may, at times, have to take certain calls if the cases go up," he said.

On the possibility of a third wave of the pandemic, Dutta said the company strictly follows government guidelines.

"We are going by the protocols the government has laid down. Third-wave or second-wave is something we do not govern. All that we are doing is we've gone far beyond the protocol.

"Every staff member is wearing a mask, a shield and gloves. We have put up negative ion technology, which ensures that the air quality is fantastic. Every food article is coming out of a UV cabinet, which means it's completely sterilised. So actually we've done our bit. But what happens outside… nobody has any control over that."