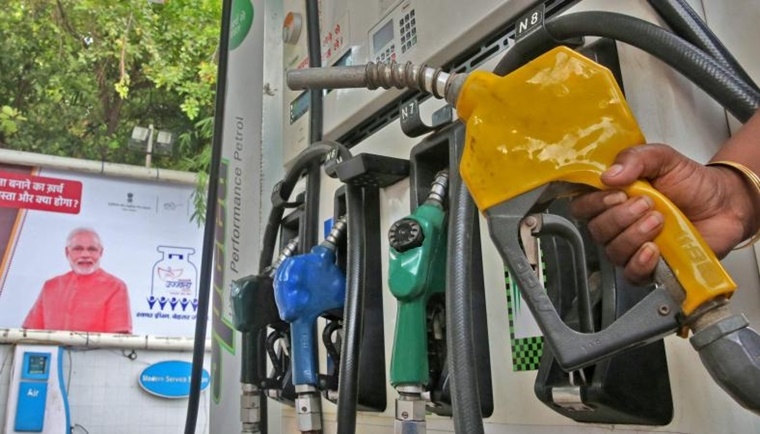 Petrol and diesel prices were hiked by 35 paise per litre each for the second consecutive day on Thursday, pushing rates to new highs across the country. The rates were kept unchanged for two days before.

In Delhi, rates soared 35 paise to cost Rs 106.54 and Rs 95.27 per litre respectively after the latest hike, according to Indian Oil Corporation.

Since ending of a three-week long hiatus in rate revision in the last week of September, this is the 18th increase in petrol price and the 21st time that diesel rates have gone up.

While petrol price in most of the country is already above Rs 100-a-litre mark, diesel rates have crossed that level in over a dozen states/UT including Madhya Pradesh, Rajasthan, Odisha, Andhra Pradesh, Telangana, Gujarat, Maharashtra, Chhattisgarh, Bihar, Kerala, Karnataka, Jharkhand, Goa and Ladakh.

Prices differ from state to state depending on the incidence of local taxes. International benchmark Brent crude is trading at USD 84.43 per barrel on Wednesday for the first time in seven years. A month back, Brent was trading at USD 73.92.