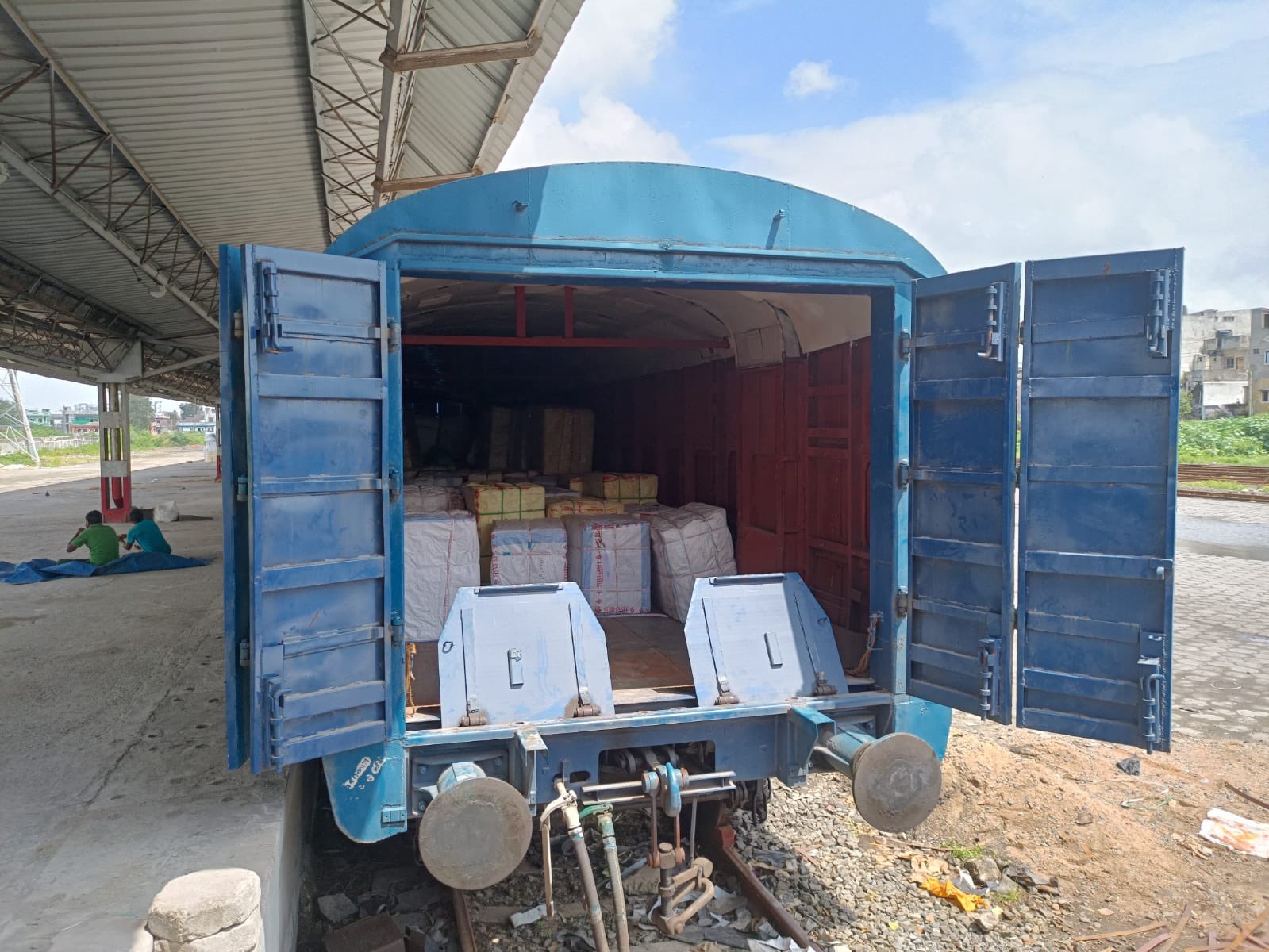 The first 'textile parcel' special train having 25 new modified goods wagons customised to carry textile material left from here in Gujarat to Bihar with an aim to boost Surat's textile market through an economical, faster and safer mode of transport, Western Railway officials said on Sunday.

Minister of State for Railways and Textiles Darshana Jardosh flagged off the train on Saturday from the Udhna New Goods Shed in Surat for Danapur near Patna and Ram Dayalu Nagar near Muzaffarpur in Bihar, the Western Railway (WR) said in a release.

"Textile traffic has been loaded for the first time in customised NMG (new modified goods) wagons at the Udhna New Goods Shed. In this direction, the textile parcel special train, consisting of 25 NMG wagons, was run for the first time from the Udhna New Goods Shed carrying textile material to Patna and Muzaffarpur," said the release issued by WR chief public relations officer Sumit Thakur.

"It will especially benefit the textile market of Surat area as it's economical, faster and safer. This has in-turn provided an opportunity for tapping the huge potential of the textile market and will cater to the transportation needs of textile industry godown hubs in and around the Surat city," the release said.

Recently, the Western Railway's Mumbai division had for the first time transported textile material weighing 202.4 tonne from Chalthan near Surat to Shalimar in Kolkata, it said.

The WR has made available four terminals in the Mumbai division - Surat, Udhna New Goods shed, Chalthan and Gangadhara - for handling such type of traffic for NMG wagons loading, it said.

"The running of the NMG rake will be a great booster for increasing the share of textile traffic moving from Surat area to various parts of India," said the release.

As per the Western Railway, regular meetings with transport and traders' associations have helped change the industry's perception towards rail as a service provider.

Local MLAs and representatives of the Federation of Surat Textile Traders Association were present on the occasion along with senior WR officials.