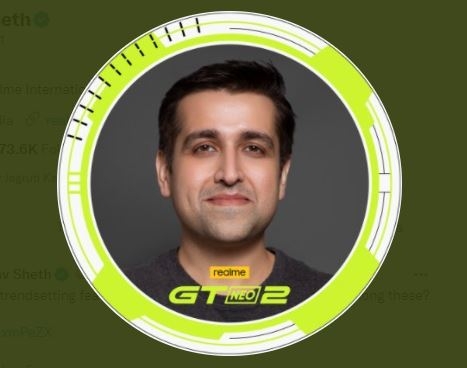 When Madhav Sheth, the first Indian global CEO in the smartphone industry, got on a call with realme CEO Sky Li in February 2018, they may not have actually realised then that the partnership will create a brand that would not only shake up the Indian market but also expand to 61 countries globally.

Both, however, realised that there was a huge gap between the top two biggest online smartphone players in India, which played to realme's advantage.

The dream was to enable more users to experience pleasure and efficiency brought by the latest technology, starting from smartphones, to more categories of consumer technology and it only took Sheth and Sky Li two months of planning to launch the brand which started from India.

Within the first year of operations, realme established itself as the No 4 smartphone brand in India that effortlessly amalgamated outstanding designs with advanced technologies and industry-leading qualities.

Last three years or so have been of immense joy and pride for Madhav, in being part of one of the fastest-growing companies that have emerged as a key player in its segment, and has accomplished some major milestones.

"realme started its journey with a 'Dare to leap' attitude and a vision to provide next level and class-leading design, performance, and quality in each price segment for its users. We have brought in numerous innovations which have helped us retain our position as a tech disruptor," said Madhav, who is now fully responsible for realme's business operations in Africa, Asia Pacific (excluding mainland China), Central and Eastern Europe, Latin America, Middle East and Western Europe.

"In a span of just three years, we have grown to become a family of 100 million users globally, and the love and support we receive from this family are overwhelming," he told IANS.

The facts speak for themselves: From a market share of 3 per cent in 2018 to 10 per cent in 2019, the brand witnessed a massive 255 per cent growth and sold 5.2 million smartphones during the 2019 festive season alone.

In 2021, realme ranked third in terms of overall smartphone shipments and top 5G Smartphone brand in Q2 2021, according to Counterpoint Research.

realme became the fastest brand to reach 50 million cumulative smartphone shipments in India in Q2 2021. As per an IDC report, realme captured the 4th spot in India smartphone market with 4.9 million shipments and a 14.5 per cent market share in Q2 this year.

In the third quarter, realme captured the fourth spot with a 14 per cent market share, according to Counterpoint. For Madhav, it has been a phenomenal leap -- from a challenger brand to an industry leader.

"We have been the fastest growing brand to reach 50 million users in India. The next phase of growth promises to be equally exciting and promising as we look forward to a new beginning with new hopes. We are focused on expanding leadership in the premium smartphone market with new launches in GT series, our premium flagship," he mentioned.

At the same time, 5G will underpin realme's ambition to create and develop a holistic 5G ecosystem through 5G devices.

"We look forward to emerging as the Top 3 smartphone brand in India and globally with a dual 100 million Sales Strategy: achieving another 100 million till the end of 2022, and 100 million in 2023 itself," Madhav told IANS.

The brand has also been at the forefront of accomplishing multiple industry firsts such as India's first 5G smartphone, first 64MP camera, India's first quad-camera smartphones, fastest 50w and 65w charge in India.

Under Madhav, the brand forayed into AIOT (Artificial Intelligence of Things) segment with successive launches, creating 1+5+T strategy with a vision to create a TechLife universe for the youth.

The brand witnessed the sale of 1.4 million units of wearables and hearables, 250K units of Smart TV and over 70K units of realme Book (Slim) and realme Pad in the Diwali season this year.

The brand is looking at expanding its offline presence to more than 1,000 exclusive stores by the end of 2022. realme will also set up seven 5G R&D centres including in India, informed Madhav.

In 2019, realme invested Rs 300 crore in the SMT lines for smartphone manufacturing in its Noida facility. All realme smartphones are being totally manufactured in India.

Amid the thrust on local manufacturing in India, more than 60-70 per cent of realme smartphone supplies, like screens, batteries, and internal structures, are currently purchased and manufactured in the country.

"We are glad to see our customers choosing our products for the quality we offer, and we will remain steadfast in our mission to bring to our customers a tech-enabled, connected, and convenient lifestyle," Madhav said, gearing for the next growth phase of realme -- this time globally.

Globally, realme still maintains a growth rate of over 100 per cent with huge potential and Madhav, who started his journey just a couple of years ago to make realme one of the top smartphone brands in India, is now on the way to create the same love and passion for the brand among the global audiences.