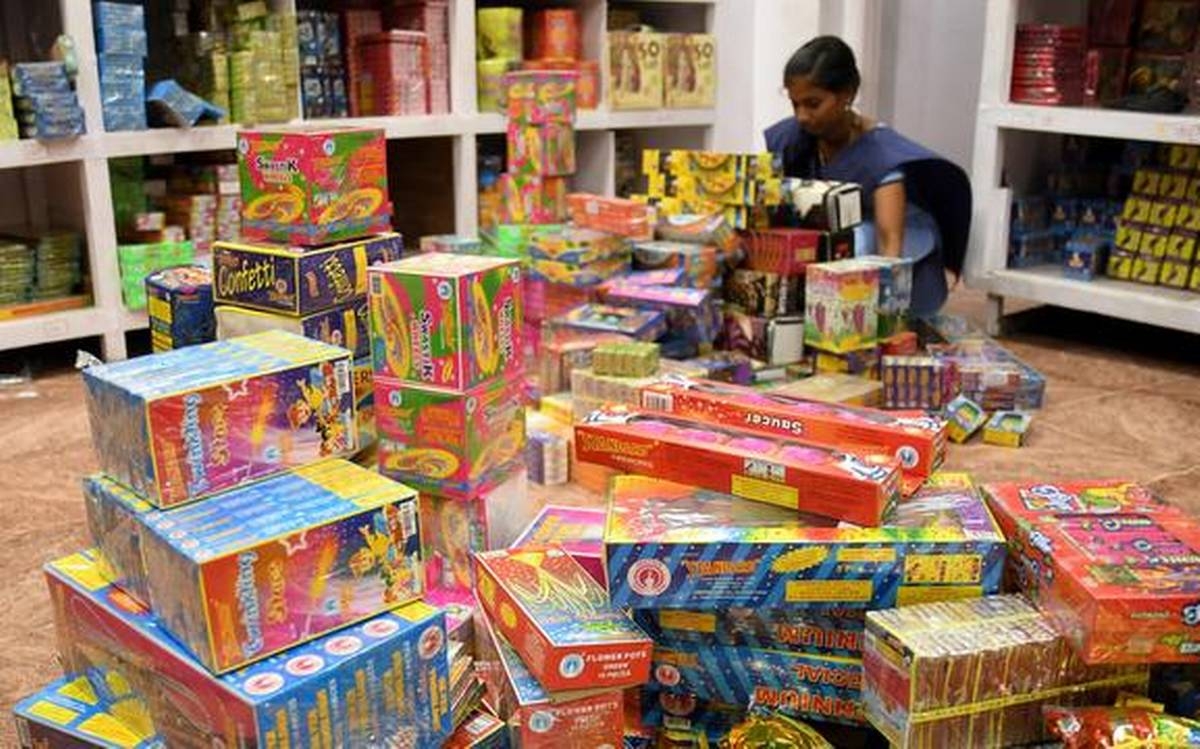 Customers are wary of buying crackers due to respiratory problems in the post-COVID19 time and the supply has also been hit due to the lockdown, a shopkeeper said / Representative Image |

The sale of firecrackers in Uttar Pradesh appears to have been severely impacted by awareness about pollution, the continuing pandemic and the government's ban on non-green crackers.

The shops selling firecrackers in Lucknow, Kanpur, Prayagraj and other major cities are fewer compared to previous years.

Ajmal, who has been selling crackers for the past 19 years, said, "There are so many restrictions which are being misused by the police. We do not know which is a green cracker and which is not. The cops harass us and extort money. Besides, the government has said that cracker shops should be put up in open areas only. Who will come to buy crackers there unless you have a shop in the market area?"

He said that most of his colleagues in the business had decided not to put up cracker shops this year. On an average in the past, there used to be around 1,500 firecracker shops in the state capital but the number, this year, has come down to 500.

Joint Commissioner of Police, Law and Order, Piyush Mordia said that a three-day temporary permit has been issued to shopkeepers from one window.

"We have clearly stated that only green crackers must be sold, there must be fire safety provisions on the premises and crackers must not have more than 110 decibel sound level," said Mordia.

In Prayagraj, the number of cracker shops has also gone down due to shortage in supply as well as demand, and Taufiq Khan, who used to put up two shops in the Daryaganj area, is now selling seasonal fruits instead.

"Customers are wary of buying crackers due to respiratory problems in the post-COVID19 time and the supply has also been hit due to the lockdown," he said.

Sunil Kumar, in Kanpur, said, "Cracker business is now unpredictable and unprofitable, hence it is better to make a switch rather than flogging a dead horse. Even though wedding season is round the corner, people are preferring laser show to crackers."

Satish Chandra Mishra, president of the Fireworks Dealers Welfare Association in Lucknow, said, "There is hardly any time left for Diwali and the government is yet to issue guidelines regarding sale and purchase of crackers. In such a situation, traders fear investing in the business."