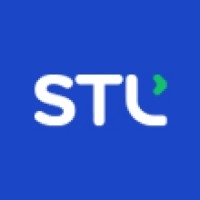 Sterlite Technologies Ltd (STL) is not actively scouting for large M&As for now, having filled 'white spaces' or gaps with recent buys but is open to opportunities if it comes across some 'distinctive capability' for the acquisition, according to a senior official.

''At this stage, we have filled the obvious white spaces in the portfolio and we are not looking at any large and significant M&As (merger and acquisitions),'' Mihir Modi, the chief financial officer of the company, told PTI in an interaction.

That said, if some opportunity comes up in the form of a distinctive capability that is ''synergistic'', the company will be open to looking at it, he added. Late last year, the company announced that it will acquire Optotec at an enterprise value of 29 million euros (over Rs 250 crore).

The acquisition is part of the company's plans to further globalise its system integration business.

Recently, Sterlite Technologies posted an 81 per cent year-on-year jump in consolidated net profit for the quarter ended September 2021 at about Rs 106 crore, aided by performance in Europe and America regions. The company said it is ''well-positioned'' to benefit from opportunities arising from the creation of massive networks globally.

''STL recorded Rs 15.08 billion (Rs 1,508 crore) in revenues with about 43 per cent coming in from the EMEA (Europe, Middle East and Africa) region and about 12 per cent from Americas, demonstrating increased global traction for its integrated digital network solutions,'' the company had said in a statement on quarterly earnings.

Massive networks are being created globally in the areas of 5G, FTTx (a term used to describe various optical fibre delivery topologies), and Open RAN (open radio-access network) with an increased focus on optical connectivity.

This has led to rapid growth in fibre demand and a buoyant long-term outlook, STL had said.