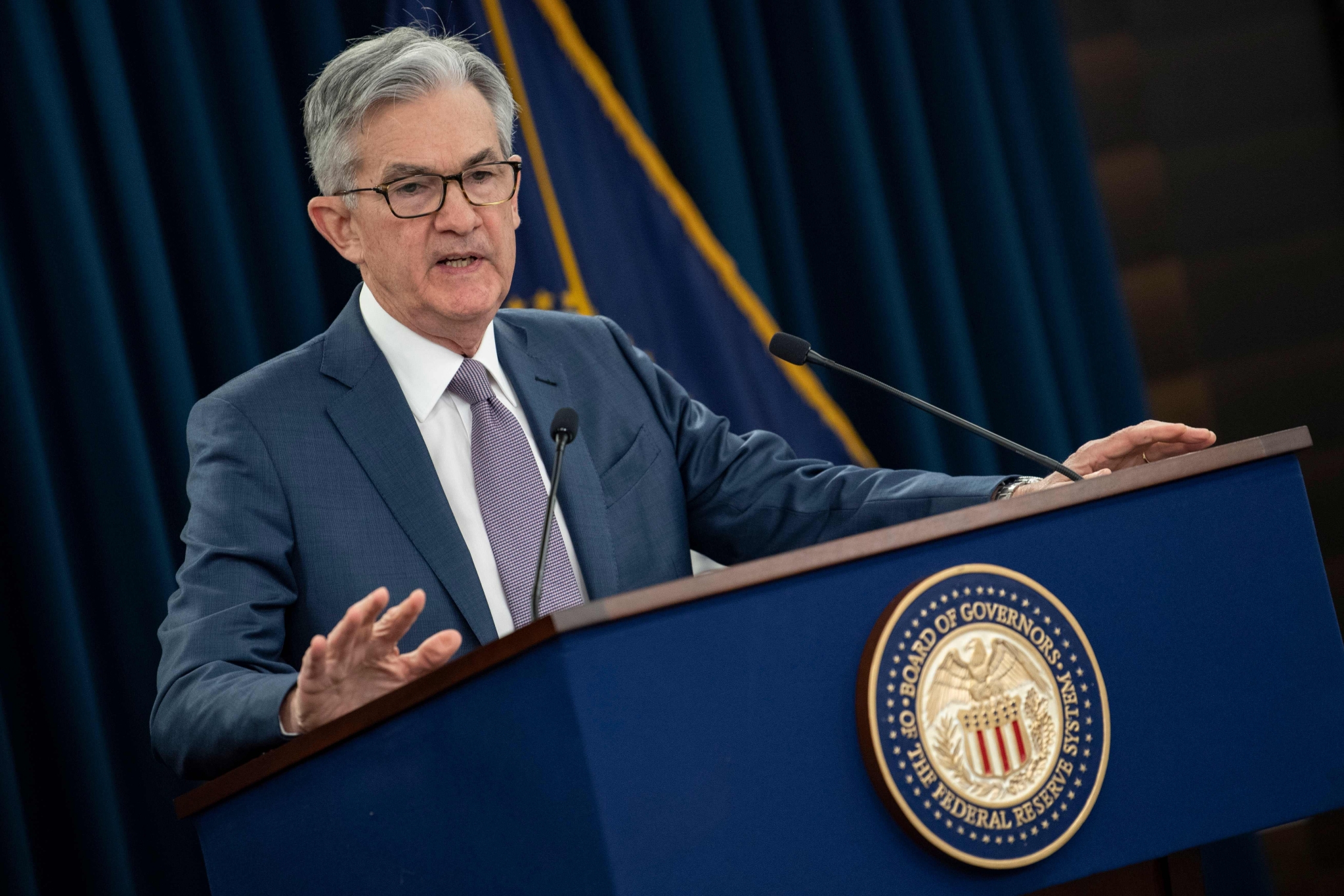 Fed Chair Jerome Powell told reporters on Wednesday the Fed will be patient and hold-off on raising rates so the economy can reach full employment ./File pic |

In a milestone for the US recovery from the COVID-19 recession, the Federal Reserve agreed to gradually dial back the bond-buying stimulus it launched early in the health crisis, USA Today reported.

The decision, which has been expected for months, reflects the strides the economy has made, with unemployment falling sharply from its pandemic peak. But it also pointedly reveals the central bank's growing concern about inflation that has surged in recent months amid supply chain bottlenecks, the report added.

Fed Chair Jerome Powell told reporters on Wednesday the Fed will be patient and hold-off on raising rates so the economy can reach full employment but he added officials "won't hesitate" to act if inflation doesn't ease, presumably by the second half of next year.

In a statement after a two-day meeting, the Fed said: "In light of the substantial further progress the economy has made toward the (Fed's) goals."

The central bank will reduce its bond purchases by a total of $15 billion a month. Starting this month, it will trim the $80 billion in Treasury bonds it's buying each month by $10 billion and its $40 billion in mortgage-backed security purchases by $5 billion, USA Today reported.

Months ago, the Fed said it would begin scaling back the bond purchases if the economy made "substantial further progress" toward its goals of full employment and 2 per cent inflation.

The bond program has swollen the Fed's balance sheet by more than $4 trillion.

If the Fed sticks to that timetable, the market-friendly purchases would conclude by June 2022. But Wall Street is watching for any hint that the so-called tapering could be accelerated if inflation heats up further. Such a move could clear the way for earlier and faster interest rate hikes in the second half of next year or possibly even sooner, the report added.


(With inputs from IANS)