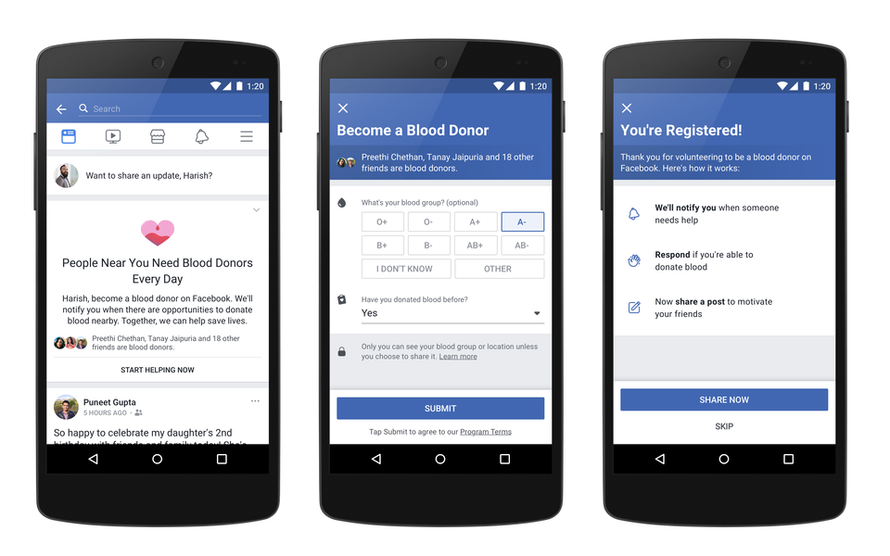 Social media giant Facebook India's revenues grew 43 per cent year-on-year to about Rs 1,277.3 crore in 2019-20, while its net profit more than doubled to Rs 135.7 crore, as per regulatory documents.

Its total income was Rs 893.4 crore in the financial year ended March 31, 2019, according to Registrar of Companies filing - shared by market intelligence firm Tofler.

When contacted, a Facebook spokesperson said India is an important market for the company.

"...we are deeply committed to being an ally in the country's socio-economic transformation. We will continue to invest in our India operations while working with small and large businesses to help in their economic recovery post the pandemic," the spokesperson added.

Facebook India acts as a non-exclusive reseller of advertising inventory to customers in India. It also provides IT/ITeS, marketing and other support services to the Facebook group.

According to the filing, Facebook's employee benefit expense grew 63.3 per cent to Rs 299.3 crore in FY20 from Rs 183.2 crore in the preceding fiscal.

India is among the biggest markets for Facebook, which also operates photo-sharing platform Instagram and messaging app WhatsApp. Around 2.5 billion people globally use Facebook's family of apps daily, while there are over 10 million active advertisers across its services.