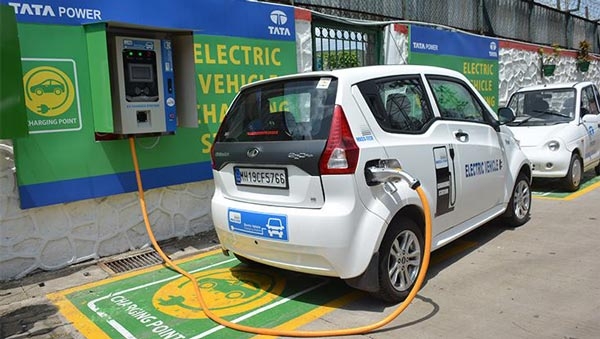 Electric vehicles accounted for nine per cent of the vehicles sold in the city, while the national average stands at 1.6 per cent, the statement said./ Representative Image |

Electric vehicles accounted for nine per cent of the total vehicle sales in Delhi during September-November, six times higher than the national average, the city government said on Tuesday.

Delhi is emerging as the EV capital of India, it said in a statement. The national capital is doing everything possible to reduce its contribution to pollution, Chief Minister Arvind Kejriwal said.

''I'm glad Delhi is emerging as the EV capital of India with a 9% share of EVs. Delhi is doing everything possible to reduce its contribution to pollution,'' he tweeted.

Electric vehicles accounted for nine per cent of the vehicles sold in the city, while the national average stands at 1.6 per cent, the statement said.

Sale of electric vehicles surpassed CNG and diesel vehicles in Delhi in the last quarter. The sale of CNG vehicles has fallen to seven per cent as EV sales rise, it said.

A total of 9,540 electric vehicles were sold in Delhi during September-November quarter. Of this, September saw sale of 2,873 EVs, while 3,275 EVs were sold in October and 3,392 in November, the statement said.

EVs have risen to the second position in sales figures after petrol vehicles, which took the first place at 82,626. At the same time, electric vehicles surpassed popular choices like diesel and CNG by a significant margin.

The Delhi government's EV Policy sets a target of 25 per cent EVs among the total vehicle registrations by 2024.

Delhi was first in the country to exempt road tax and registration fees for all EVs, it said.

The Delhi government and power discoms have facilitated the setting up of 201 charging stations with over 380 charging points across the city in the past two years - the highest for any city nationally. Another 600 public charging points are to be added by mid-2022, the statement added. A subsidy of Rs 10,000 per kWh of battery capacity, maximum of up to Rs 1.5 lakh, was provided by the Delhi government for the first 1,000 four-wheeled electric vehicles sold.

For other electric vehicles, including two-wheelers, the subsidy amount is Rs 5,000 per kWh of battery capacity, with a maximum of up to Rs 30,000 per vehicle.