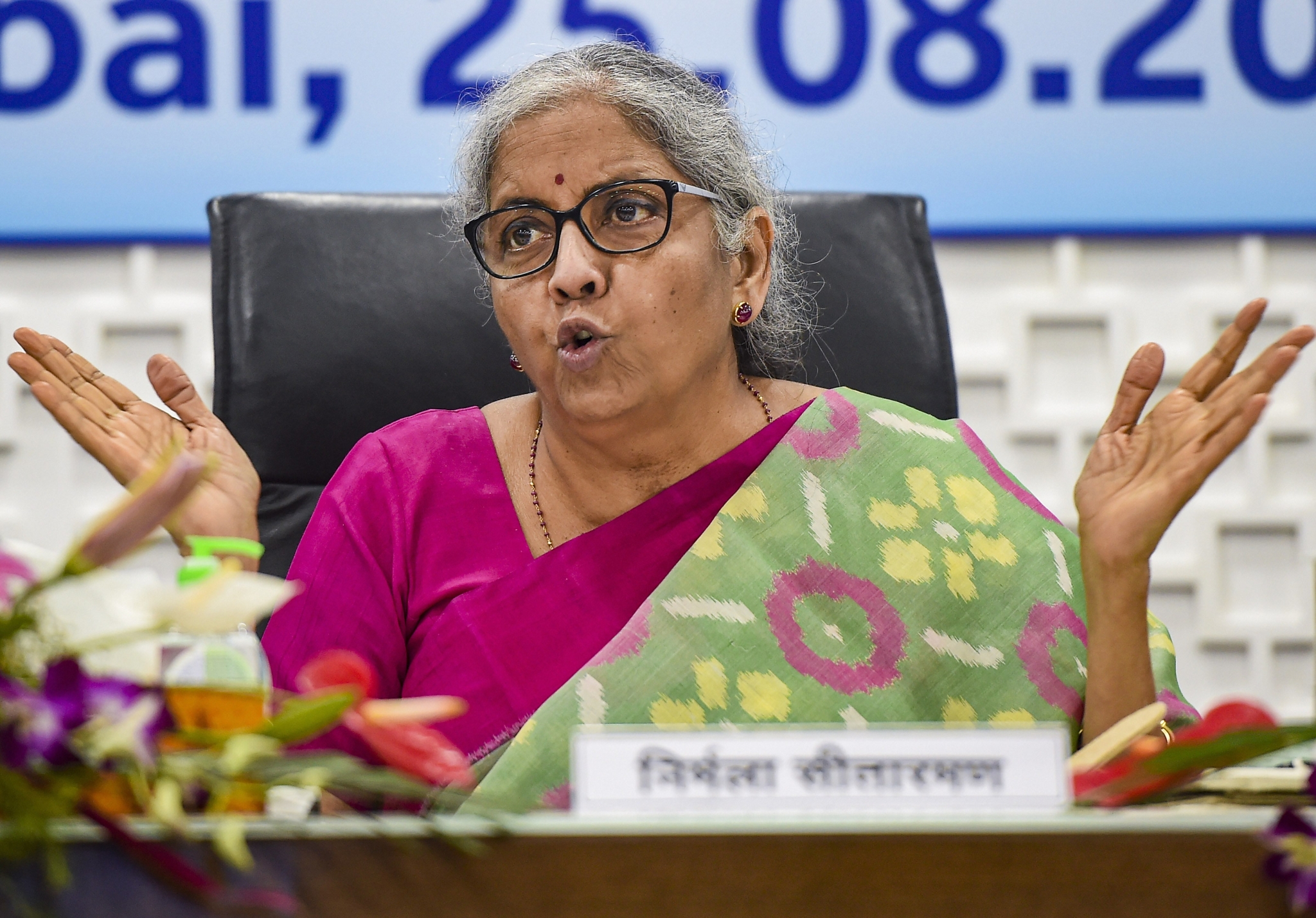 A day after Congress leader Rahul Gandhi slammed the Centre over the proposed National Monetisation Pipeline (NMP) and accused the Union government of “putting India on sale”, Finance Minister Nirmala Sitharaman clarified that the government was “not selling off anything”. “There will be a definite handing back of assets being monetised. We are putting brownfield assets which are being underutilised to better use by the process of monetisation,” Sitharaman said in Mumbai yesterday.

She lashed out at the Congress and Rahul, saying they needed to do homework before questioning the government over NMP. “The Congress can say, ‘you are selling off the country’. That's something they are very good at. They sold air, water, land, mines, and made a lot of money through kickbacks. In the Monetisation Pipeline, there is no change of ownership,” she said.

As far as privatisation or disinvestment in banking and insurance sectors was concerned, Sitharaman said that there will always be a “government presence though bare minimum”. “Life insurance, general Insurance and reinsurance are crucial sectors where there will always be government presence, though bare minimum. Moreover, the government understands the concerns of employees and will look after their interests and it has always done so,” she said.

On Tuesday, Rahul had said, “What this country has built over the last 70 years is being given away. There is an excuse they (Centre) have come up with, that we are leasing these. The government clearly mishandled the economy and doesn't know what to do.”