The monetary easing measures by the Reserve Bank of India so far are insufficient to revive the Indian economy, which has taken hit from the disruptions caused by the coronavirus pandemic, said Fitch Solutions, an arm of the Fitch Group. Fitch Solution expects the central bank to reduce the benchmark repo rate by 75 basis points by March 2021 to soften the economic impact of the pandemic.
Agencies 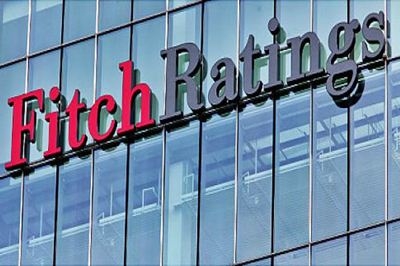 "We expect a further softening of inflation over the coming months to allow for more monetary easing measures," the agency said in a note. Fitch Solutions expects softening of headline inflation over the coming months due to a further easing of food supply conditions and lower oil prices compared to 2019, and a weakening of core inflation caused by weak demand. This will further create space for monetary easing. It also expects the RBI to lower policy rates to cap a rise in yields on government securities.

"With the government likely to embark on a debt binge in FY2020/21 to plug its fiscal deficit amid a need to provide stimulus to the economy and falling revenue collection, we expect government bond yields to struggle to fall with the RBI’s policy rate," Fitch Solutions said. On Apr 17, the RBI announced a series of measures to boost liquidity in the system.

The central bank cut the reverse repo rate by 25 basis points to 3.75% to encourage banks to deploy these surplus funds in investments and loans in productive sectors of the economy. It, however, kept other policy rates such as the repo rate, the Bank Rate, and the Marginal Standing Facility rate unchanged. In addition, RBI also announced additional liquidity support for the financial sector, including a special 500-bln-rupee refinance facility for certain financial institutions such as the National Housing Bank, National Bank for Agriculture and Rural Development, and the Small Industries Development Bank of India.

Further, the RBI also launched the 'targeted' long-term repo operations 2.0 of 500 bln rupees to ease liquidity pressure on non-bank lenders. Funds availed under this operation by banks will have to be invested in investment grade bonds, commercial papers, and non-convertible debentures of non-bank lenders and micro finance institutions. RBI also gave some respite to state governments by raising their Ways and Means Advances limit by 60% for Apr-Sep. Among other measures, the central bank also brought down Liquidity Coverage Ratio requirement for banks to 80% from 100% with immediate effect. Prior to these announcements, the central bank had cut the benchmark repo rate by a sharp 75 bps to 4.40% in an unscheduled briefing in March. It had also announced 'targeted' long-term repos of three-year tenures of up to 1 trln rupees in tranches to provide liquidity for banks to invest in corporate bonds and commercial papers, among other measures.