‘China outlook main cause of volatility in global oil markets’ 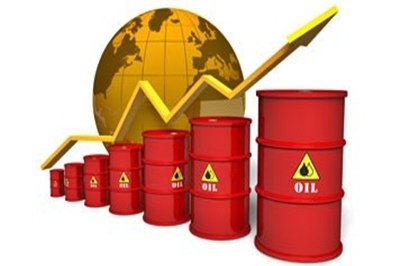 Dubai: The outlook for China’s economic growth, which is experiencing its worst performance in decades, is the trigger of greatest uncertainty in the global energy markets, according to a survey condu ted with 200 industry professionals in the Gulf region. Even at the Chinese government’s targeted growth rate of 7 per cent for this year, China’s economy is heading for its slowest annual expansion in a quarter of a century, according to 32 per cent of respondents. Producer prices slumped 5.4 per cent in July, credit to the real economy plunged and consumer inflation remains at about half the target of 3 per cent this year. Though many analysts believe the Chinese government is exaggerating current growth rates, with independent analysis claiming they are closer to 6 per cent.

The uncertain outlook has triggered the cancellation of many projects, jeopardising much-needed investment in long-term oil production capacity. “We know that there will be an end point to the uncertainty as oil markets will balance again when increase in global demand is large enough to offset growth in supply,” Christof Ruhl, Global Head of Research, Abu Dhabi Investment Authority, said in reaction to the Survey results.

“It is important to understand the transition of the Chinese economy is what China terms as the re balancing of the economy away from industrial sector towards more service sector towards and more light economic activity,” he said. Top energy industry officials and executives from the Gulf’s national oil companies, including ADNOC, ENOC and KPC, alongside their international peers from Vitol, Gulf Petrochem, Socar Aurora, the Dubai Mercantile Exchange and Platts participated in the Industry Survey conducted last week by Gulf Intelligence Research. Brent crude oil prices are expected to continue to experience dramatic swings through 2016, according to 56 per cent of the Survey respondents, with Brent crude expected to average in the USD 50 range according to 42 per cent of the respondents, while 24 per cent were more optimistic in their outlook with forecast for oil prices to average in the USD 60 range.

“Despite the North American oil rig count falling over the last year, technological improvements have exceeded expectations to keep shale oil production steady if not in a state of constant increase,” Ruhl said.

“As oil prices started declining in the face of incremental supplies from the US, it was only rational for Organization of the Petroleum Exporting Countries (OPEC) not to cut production,” he added.

The OPEC decided last November to abandon their traditional role of curtailing supply to maximise price, and instead chose to maximise production to protect market share. The uncertain commitment by the oil exporters group to maintain this strategy is the main cause of volatility in the oil markets, according to the survey respondents.