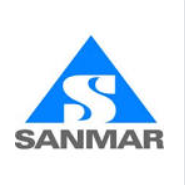 Chemplast Sanmar Limited announced today that it has redeemed, on 31st August 2021, the entire outstanding NCDs that were issued in December 2019 by the Company.

The redemption of these NCDs amounting to Rs.1238.25 crores, which was part of the Objects of the primary issue, was made using the net proceeds of fresh issue of equity shares of the Company (IPO) made in August 2021.

The company further announced that, using the net proceeds of the Offer for Sale, received by the Selling Shareholders Sanmar Holdings Limited and SESL, the term loan availed by SESL from HDFC Limited has been fully repaid.

Consequently, the security in respect of this loan, including the pledge over the equity shares of CCVL, the wholly owned subsidiary of Chemplast, has been fully released on 31st August 2021 by the Security Trustee.