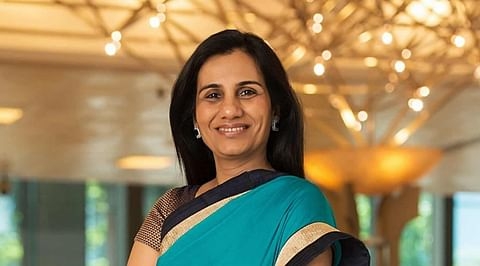 MUMBAI: Chanda Kochhar was part of the committee or presentin meetings where 46 per cent proposals of Videocon Group were agreed to, and out of which eight proposals amounting to Rs 5,394 crore were sanctioned after she became MD and CEO of ICICI Bank, the Enforcement Directorate (ED) said in its charge sheet in connection with ICICI-Videocon loan case.

The 308-page charge sheet filed by ED before a Special Prevention of Money Laundering Act (PMLA) court here last month, which has been viewed by IANS, claimed that the investigations under PMLA revealed: "Chanda Kochhar was part of the committee or present in the meeting in 28 proposals (46 per cent of all proposals) of Videocon Group. "Out of 28 proposals, eight proposals amounting to Rs 5,394 crore were sanctioned to Videocon Group after she became the MD and CEO of ICICI Bank."

The ED claimed that during her tenure as MD and CEO, in four proposals of Videocon Group of companies, she was part of both the recommending as well sanctioning committees. THe ED further said that in regard to the Rupee Term Loan ((RTL) sanctioned to Videocon Group of companies by ICICI Bank, she was part of the decision-making process of three loans.