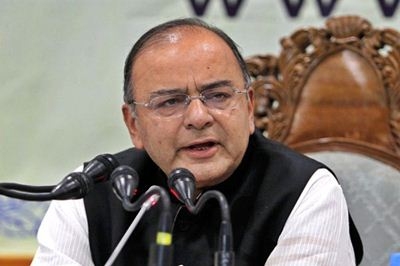 “Instead, CBDT has devised a system-based method in a centralised manner through CASS (Computer Assisted Scrutiny Selection) whereby the selection is made on the basi of detailed analysis of risk parameters and 360 degree data profiling of taxpayers.”

Jaitley added: “This has substantially reduced the manual intervention in the selection process.” The minister, however, noted that some cases are also picked up manually on the basis of pre-determined revenue-potential based parameters.

“The guidelines of selection under this category are also placed in the public domain for a wider information of taxpayers,” he said. The process of selection of cases for scrutiny has become quite transparent, scientific and fine-tuned, and manual intervention has been minimised and factors leading to complaints of harassment of taxpayers have largely been eliminated, Jaitley claimed.

Replying to a separate query, the finance minister said the Income Tax department rolled out a project on October 19 to conduct scrutiny by sending queries through e-mails in order to improve taxpayer services and usher in a paperless environment.

“It has been decided to roll out the same on a pilot basis in Delhi, Mumbai, Bengaluru, Ahmedabad and Chennai. Under the pilot run, 100 cases would initially be identified in each of these and a major part of assessment proceedings would be carried out in electronic mode,” Jaitley said.

“The cases covered under the aforesaid pilot project would initially be those which have been selected for scrutiny on the basis of AIR (annual information return)/CIB (central information branch) information or are non-matching with 26 AS data,” he informed the Rajya Sabha.

He made it clear that consent of the tax payer is a must and only willing tax payers will be considered under the pilot run, adding that the experiment will be extended to other areas.

Under the new set-up, the I-T Department can issue e-mail notices which an assessee can respond electronically, obviating the need for physical interface with the taxman, which often led to complaints of harassment.