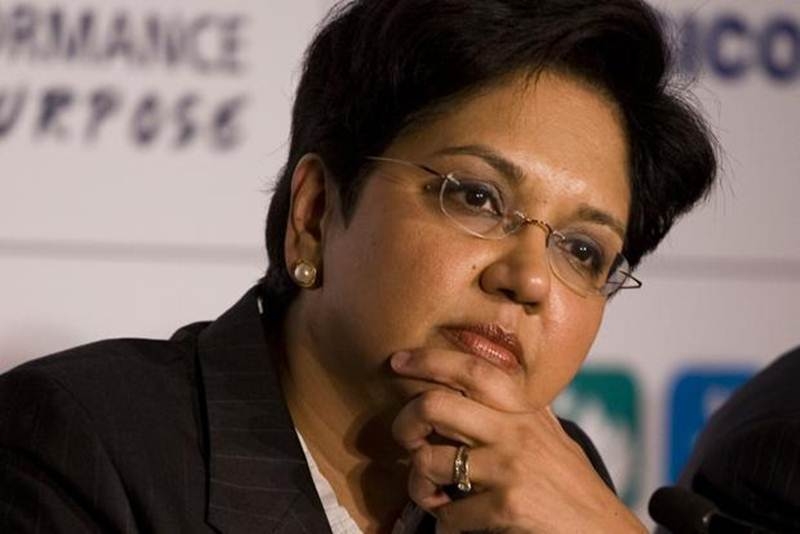 Indra Nooyi has come out with her memoir "My Life in Full: Work, Family, and Our Future" / Representational image |

Former PepsiCo boss Indra Nooyi says she may have departed India 43 years ago but India has never left her; she performs puja everyday and among other things, can't resist watching IPL cricket, Indian movies and TV shows "Kaun Banega Crorepati" and "Indian Idol".

She has come out with her memoir "My Life in Full: Work, Family, and Our Future", in which she recounts the events that shaped her, from her childhood and early education in 1960s India, to the Yale School of Management, to her rise as a corporate leader.

These remarks about her interests find mention in the epilogue written especially for the Indian audience.

"I departed India 43 years ago, but India has never left me. I am still a vegetarian; I don't smoke or drink alcohol beyond a few sips of wine; I have a puja alcove in my home where I light my lamp every day - and, as much as I love the New York Yankees and American TV shows, I can't resist watching IPL cricket, Kaun Banega Crorepati, Indian movies and Indian Idol," she writes.

"They all bring me home to my wonderful upbringing in Madras, and to the energy and rhythms that are so familiar and precious to me," she adds.

Nooyi finds these shows acting as a window into how India has changed since she was a teenager who dared play Nancy Sinatra's "These Boots are Made for Walkin" in a rock 'n' roll band.

She writes that today's popular media features characters and performers who are strong, educated and determined women making their way in the world, and these shows help young girls understand how they, too, have a voice and can dream of forging an independent life.

She also says that she sees plenty of women playing traditional roles that were the norm many decades ago, both on TV and in real life.

"They are deferential, attentive, taking care of everyone, engaged in unpaid labour. I'm reminded that, when it comes to women, India has one foot in the future and one foot in the past," she writes.

As Nooyi traced her journey while writing this book, she says, she was in awe of how India has passed so many "intelligent laws to protect its citizens", and how many of these focus on women.

But, she adds that she then ran into a few more facts like women accounting for only 20 per cent of the paid labour force in India, a figure that has fallen by 30 per cent in the last 20 years.

Nooyi says she believes that all women deserve the power to earn money, for their own sake, and for the sake of their children, their communities, and the good of the whole society.

She, however, rues that statistics reveal the gap between the law and reality.

"The needle will only move if leadership at all levels commits to improving the situation for all women, including timely justice for those who have often been left behind in rural India and in unorganised sectors of the economy," the epilogue says.

Nooyi is of the opinion that as India emerges from the devastating impact of Covid, it must rethink some of its economic priorities under the umbrella of 'Atmanirbhar Bharat'.

"I hope whole new ecosystems around next-generation industries emerge, and new investments in core infrastructure, including roads, the railways, water and sanitation, and healthcare," she writes.

When Nooyi took over as CEO of PepsiCo, one of her pivotal and controversial ideas was to steer the iconic American company toward healthier products and reinvent its environmental profile.

The strategy met with immense backlash from some shareholders who wouldn't stand for anything that affected the company's short-term profitability targets.

In the book, Nooyi also narrates a particular conversation in the face of tremendous resistance. When she pitched the revolutionary strategy to introduce healthy products, she was asked if she was Mother Teresa.

For a dozen years as one of the world's most admired CEOs, Nooyi redefined what it means to be an exceptional leader. She has been consistently ranked in Forbes's 'The World's 100 Most Powerful Women', Fortune's 'Most Powerful Women' and was twice named on TIME magazine's list of the '100 Most Influential People in the World'.