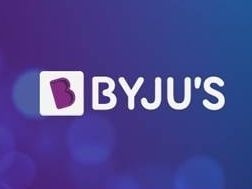 The partnership will bolster Byju's presence in the fast-growing online competitive examination preparation category along with harnessing Gradeup’s pedagogy and student reach.

Gradeup will be rebranded as BYJU’S Exam Prep and will cater to students preparing for 150+ exams over 25 exam categories covering Govt Jobs and PG Entrance Exams such as IAS, GATE, CAT, Bank PO/Clerk, Defence, UGC-NET, etc.

Speaking about the acquisition, Byju Raveendran, Founder, and CEO, BYJU’S, said, “Our focus has always been on ensuring that every learner has access to the highest quality of teachers and content to help them learn better. With Gradeup on board, we will be able to further scale and expand our test-prep offerings in postgraduate level exams. Gradeup has already proved its mettle and we are excited to join forces with the seasoned team. We aim to bring our complementary strengths and expertise together to create engaging and personalised learning experiences.”

Shobhit Bhatnagar, CEO, Gradeup, said, “By combining live classes, assessments, and quality study material, we have built a highly specialised offering for students preparing for competitive exams. Together with BYJU’S, we will accelerate our growth and expand our reach across the country. Further, we will leverage their strengths in content to deepen our current product offering and broaden our coverage of exams.”

In early 2019, BYJU'S acquired Osmo, a Palo Alto based maker of educational games to transform the whole offline to online learning experience. In 2020, it acquired WhiteHat Jr, a Mumbai-based programming start-up focused on empowering children with coding skills.

In 2021, it acquired Aakash Educational Services Limited (ASEL), Epic and Great Learning. Byju's also launched Byju's Future School recently. Powered by 11,000 qualified women teachers, this is available in the USA, UK, Australia, Brazil, Indonesia and Mexico and will progressively expand to more geographies in the near future. The Byju's Learning app featuring Disney was launched in the USA in July 2021, to help children ages 4–8 explore, practice, and understand math, language and reading concepts through interactive learning journeys combined with Disney’s world-class storytelling.