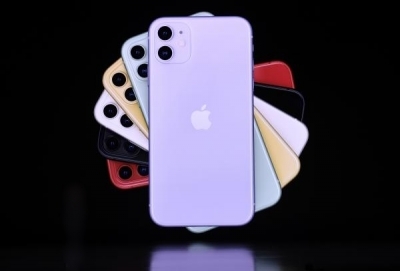 As per Mashable India, the second generation of the iPhone SE launched in 2020 is currently only available with 64GB or 128GB of storage memory/ Representational image | Photo credit: IANS

Apple earned nearly one-third of its revenue from emerging markets and doubled its business in India and Vietnam in fiscal 2021, according to its CEO Tim Cook said.

Its total net sales stood at $365.8 billion during the fiscal ended September 2021.

''And we set quarterly records in every geographic segment with strong double-digit growth across the board. During fiscal 2021, we earned nearly one-third of our revenue from emerging markets and doubled our business in India and Vietnam,'' Cook said.

He added that Apple is ''optimistic about the future, especially as we see strong demand for our new products''.

According to Counterpoint Research, Apple was the highest growing brand in the September 2021 quarter in India with 212 per cent y-o-y growth and led the premium smartphone market (above Rs 30,000) with a 44 per cent share.

The brand maintained its leading position in the ultra-premium segment (above Rs 45,000 or $650) with a 74 per cent share, Counterpoint said.

Strong demand for the iPhone 12 and iPhone 11 were the major factors in Apple's growth and the company became the top 5G smartphone brand in the premium segment for the first time, it added.

In a statement, Apple said this year, it launched its most powerful products ever -- from M1-powered Macs to an iPhone 13 lineup -- that is setting a new standard for performance and empowering customers to create and connect in new ways.

Apple CFO Luca Maestri said the ''record September quarter results capped off a remarkable fiscal year of strong double-digit growth, during which we set new revenue records in all of our geographic segments and product categories in spite of continued uncertainty in the macro environment''.

The combination of Apple's record sales performance, customer loyalty and strength of its ecosystem drove its active installed base of devices to a new all-time high, he added.

''During the September quarter, we returned over $24 billion to our shareholders, as we continue to make progress toward our goal of reaching a net cash neutral position over time,'' Maestri said.

iPhone sales stood at $38.8 billion while that of Mac was at $9.1 billion, iPad at $8.2 billion, Wearables, Home and Accessories at $8.7 billion and services was at $18.2 billion during the September quarter