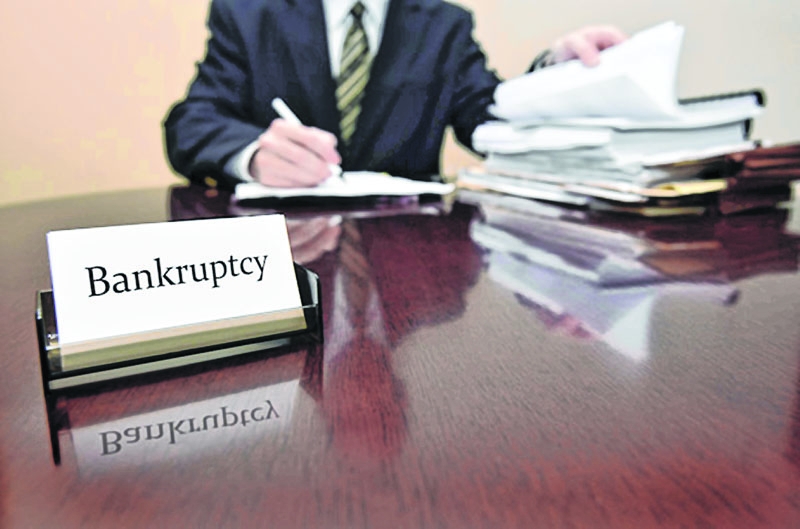 New Delhi : The Cabinet on Wednesday approved promulgation of an ordinance to amend the 16-month-old Insolvency and Bankruptcy Code (IBC).

The amendment comes months after a new Section 29A was added into the bankruptcy code in November, introducing four layers of ineligibility for potential bidders.

The present amendment is based on recommendations of a 14-member government appointed committee that had last month suggested a slew of measures, including addressing woes of home buyers and making recoveries easier for lenders.

He, however, refused to divulge further details citing constitutional provisions.

The panel has also suggested relaxations for micro, small and medium enterprises (MSMEs) under the IBC.

With realty firms, such as Jaypee Infratech, facing insolvency proceedings, the ordinance, once approved by President Ramnath Kovind and promulgated, will provide relief for home buyers facing hardships due to incomplete real estate projects.

The panel had suggested that the government should exempt MSMEs from application of certain provisions of the code. “Illustratively, since usually only promoters of an MSME are likely to be interested in acquiring it, applicability of section 29A has been restricted only to disqualify wilful defaulters from bidding for MSMEs,” it had noted. Section 29A of the Code pertains to ineligibility criteria for bidders.

Besides, the panel had suggested that only those who contributed to defaults of the company or are otherwise undesirable should be ineligible from bidding for stressed assets under the Code.

For withdrawal of resolution application in exception circumstances, the panel has suggested that in such cases, there should be approval from the Committee of Creditors (CoC) with ninety per cent of voting share.

“In order to facilitate successful implementation of the resolution plan by the successful bidder, it has been proposed to allow one year time to obtain necessary statutory clearances from central, state and other authorities or such time as specified in the relevant law, whichever is later,” the committee said.

In January, the IBC was amended to prevent unscrupulous persons from misusing the law. Wilful defaulters and those whose accounts have been classified as non-performing assets, among others, are barred from bidding for stressed assets.

The IBC, which came into force on December 2016, provides for market-determined and time-bound insolvency resolution process.

NEW DELHI: The Centre on Wednesday approved restructuring of the balance sheet of loss-making PSU Scooters India, which manufactures three-wheelers under the brand-name ‘Vikram’.

The move is expected to clear a hurdle in the disinvestment process of Scooters India (SIL). The decision was taken at a meeting of the Cabinet Committee of Economic Affairs. “The restructuring will be achieved by way of reduction of equity of Rs 85.21 crore in the share capital of SIL held by the government against accumulated losses,” it said.

The reduction would be deemed to have taken effect as on March 31, 2013 and by way of freezing the interest on the non-plan loan of Rs 1.89 crore released to SIL in 2012-13 from the date of its release to the company and conversion into equity of the outstanding principal amount of Rs 1.89 crore.

“With this approval, the balance sheets of Scooters India Limited from 2012-13 onwards will be regularised and further restructuring will be effected accordingly,” it said.