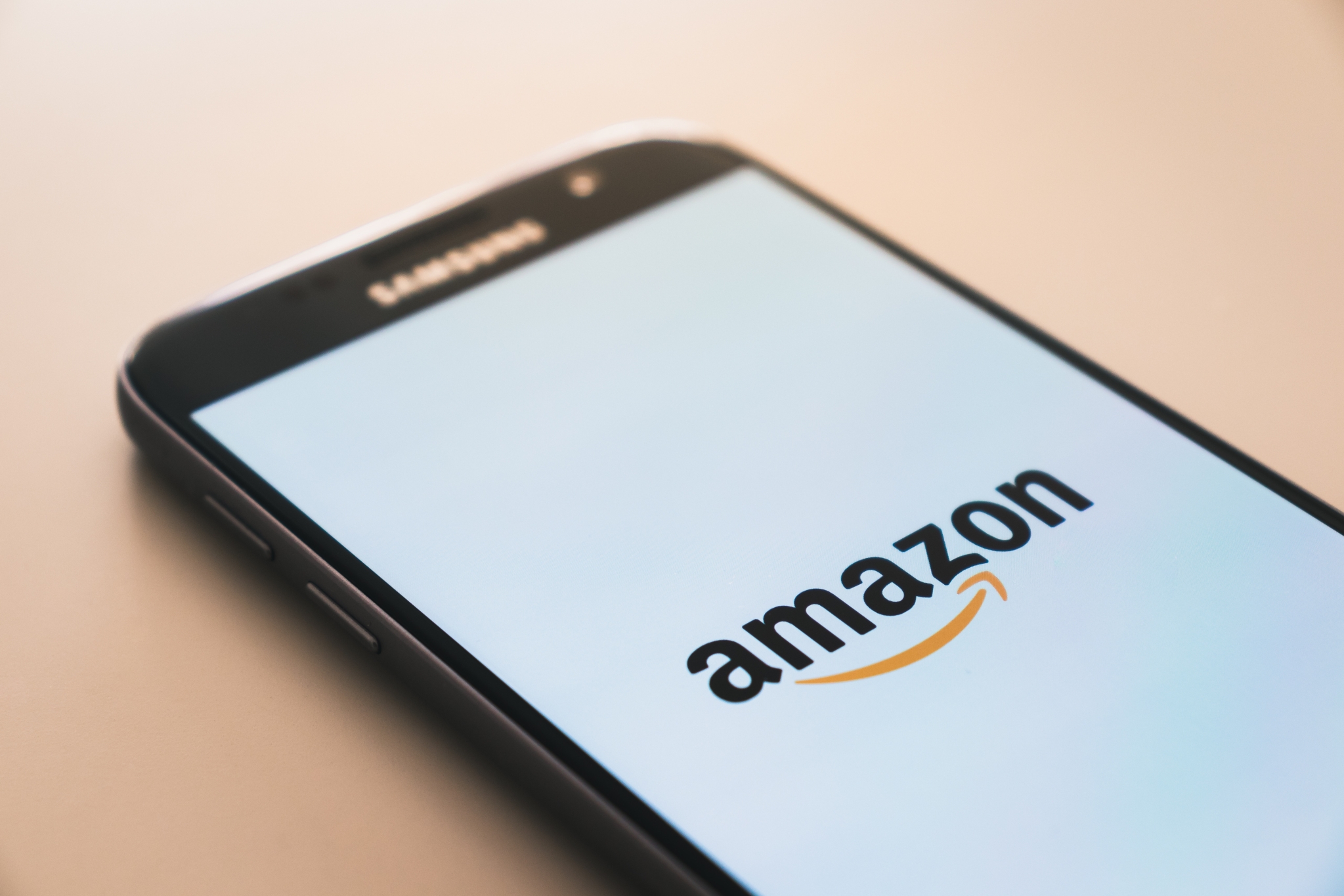 A Future Group spokesperson noted that Amazon is not a shareholder or a creditor of FRL, and has no locus to address the letter/ Representational image | Photo: Pixabay

Amazon has written to the independent directors of Future Retail Ltd (FRL) alleging ''significant financial irregularities'', and said this warrants a ''thorough and independent examination'' of relevant facts and related party transactions between FRL and other Future Group entities.

FRL, however, has asserted that the US e-commerce major has no locus to address the letter, and that Amazon's communication is ''nothing but an after-thought and a counterblast'' to a showcause notice by the Competition Commission of India (CCI).

Amazon, in its letter dated November 24 to the independent directors, said FRL has consistently entered into ''Significant Related Party Transactions'' with various Future Group entities, including with Future Enterprises Ltd, Future Supply Chain Solutions Ltd, Future 7-India Convenience Limited and others, and that some of these related parties predominantly depend on FRL for their business.

''...the audit committee members (present and past members) have expressed concerns about financial management of FRL, including related party transactions, despite substantial equity and debt fund mobilisation through December 2019 and January 2020.

''The audit committee also proposed an investigation to be done by an independent third party expert to find reasons for increase in FRL's debt,'' Amazon said in its letter, a copy of which was reviewed by PTI.

Amazon said it is bringing these facts to the attention of the independent directors so that they -- ''consistent with their statutory and fiduciary obligations'' -- can evaluate and investigate these issues in detail in the interests of public shareholders, creditors, bankers and third party suppliers of FRL.

Future Group says Amazon not shareholder or creditor with FRL

When contacted, a Future Group spokesperson noted that Amazon is not a shareholder or a creditor of FRL, and has no locus to address the letter.

''Amazon's letter is nothing but an after-thought and a counterblast to the showcause notice by CCI against Amazon in pursuance of the complaint by Future Coupons Pvt Ltd (FCPL) seeking withdrawal of CCI's approval for Amazon's investment into FCPL.

''The allegations contained in Amazon's letter are being made as part of a legal dispute that is being dealt by the Supreme Court, the High Court and other regulatory forums,'' the spokesperson added.

The spokesperson further said the FRL board had formed a Crisis Management Committee to deal with the situation arising out of the COVID-19 lockdown, nation-wide store closures and the sale of pledged shares impacting all aspects of the company's functioning.

The spokesperson stated that all related party transactions and records of fund utilisation are on record and part of the public disclosures made by the company as part of standard governance practices.

''There is nothing new that is being brought to the notice, except for false speculations being created out of selective excerpts from these documents. One should understand the motivation behind these allegations and the timing of the same, rather than rely on these baseless and malicious allegations,” the spokesperson added.

Notably, independent directors of FRL have shot off two letters to the CCI, citing internal communications of Amazon to establish its 'contradictory' statements before courts and the anti-monopoly body and had sought revocation of nod to Amazon-Future Coupons Pvt Ltd (FCPL) deal.

They accused Amazon of submitting ''completely opposite information'' which was ''contradictory'' to Amazon's own internal communications regarding the US giant's 2019 investments into FRL's promoter company.

The CCI will meet Amazon and Future Coupons Pvt Ltd (FCPL) representatives in January next year in connection with the matter.

Amazon and Future Group have been battling it out in courts after the Kishore Biyani-led group in August last year agreed to sell its assets to billionaire Mukesh Ambani's Reliance Retail on a slump sale basis for Rs 24,500 crore.

Amazon is objecting to the sell-off plans, accusing Future Group of breaching its 2019 investment pact. Future Coupons was founded in 2008 and is engaged in the business of marketing and distribution of gift cards, loyalty cards, and other rewards programmes to corporate customers.

Amazon had approached Singapore International Arbitration Centre (SIAC) as well as Indian courts in this matter.

In its letter to the independent directors, Amazon shared data pointing towards ''significant financial irregularities'' to the prejudice of public shareholders, banks, creditors, and third party suppliers, which warrant a thorough and independent examination of all relevant facts and related party transactions, including of past financial years, through an independent agency of repute.

''Given the nature of disclosure and findings, a careful and detailed examination must be made by statutory authorities/regulators/enforcement agencies also to enquire and investigate into the financial statements, and records, including related party transactions and discussions in board, and audit committee meetings, in the interest of public shareholders, banks, creditors, and third party suppliers,'' the letter added.

Amazon said it will endeavour to provide further materials, if possible, to assist the independent directors and statutory authorities in their investigation.

Amazon has also written to CCI, requesting it to ''act in aid of the binding injunctions operating against FRL, FCPL and the Biyanis, in terms of the EA (emergency arbitrator) Order and the Order on Vacate Application and recall the Observation Letters forthwith''.

In October last year, an interim award was passed by the EA in favour of Amazon that barred FRL from taking any step to dispose of or encumber its assets or issuing any securities to secure any funding from a restricted party.

Amazon claimed in the letter that FRL and Future Enterprises Ltd (FEL) have entered into multiple ''Significant Related Party Transactions'' over the years.

A capital advance of Rs 3,560 crore was advanced by FRL to FEL, at a time when businesses were taking mitigation measures on account of the pandemic, including but not limited to conserving cash, Amazon said.

''In the same financial year 2019-2020, FRL purchased significant amounts goods and services from FEL amounting to Rs 3,472 crore,'' it said. ''It is therefore evident that transactions worth almost Rs 7,000 crore were undertaken between FRL and FEL in one financial year.'' This was continued in FY2020-21, where FRL has purchased goods and services from FEL for an amount of Rs 6,820 crore at a time when FRL claims to be under significant financial stress due to the pandemic, it said.

''It is for the Independent Directors to examine, whether such transactions entered into by FRL and FEL, including with related parties (directly or indirectly, or through a series of transactions), were undertaken in the best interest of FRL, at arm's length and were driven by fiscal prudence, especially when FRL was allegedly facing financial distress at this time,'' said Amazon.

Amazon also claimed that FRL can generate up to Rs 4,303 crore by recovering Rs 1,848 crore advances which are pending and Rs 2,455 crore extraordinary security deposits, even when there was no increase in the number of stores. This amount can be used to immediately partially repay the outstanding debt owed to banks and creditors to ensure business continuity and its survival, the letter said.

FRL can ''recover/generate up to Rs 4,303 crore by unwinding the transactions that do not appear to have prudent commercial substance and in the best interests of FRL, its public shareholders, banks, creditors and third party suppliers,'' it said.