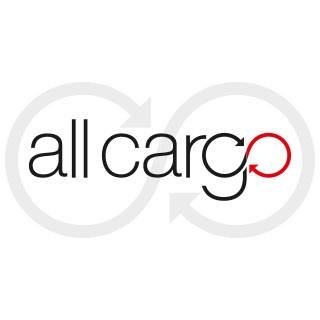 This is the third major acquisition by Allcargo. In 2003, it bought ECU Worldwide -- first 33 per cent stake and then increased it to 49.9 per cent in 2006. Its second acquisition was in December 2019 when announced takeover of Gati, one of the express logistics leaders in the country, for Rs 416 crore. |

Allcargo Logistics, the country's largest integrated logistics player in the private sector, on Friday announced its second large overseas acquisition snapping up a 65 per cent ownership in a USD 44 million joint venture it has just set up with the Swedish player Nordicon Group.

The promoters of the Nordicon Group will own the balance 35 per cent and will continue to lead the company as a joint venture, he said.

The new joint venture will house all the operations of the Nordicon Group, which is the market leader in the LCL (less-than-container-load) and rail freight consolidation segment in the Nordics region, will be headquartered in the Swedish city of Gothenburg, he further said, adding that it will become a part of the its Belgium arm ECU Worldwide network which Allcargo had bought in 2003.

This is the third major acquisition by Allcargo. In 2003, it bought ECU Worldwide -- first 33 per cent stake and then increased it to 49.9 per cent in 2006. Its second acquisition was in December 2019 when announced takeover of Gati, one of the express logistics leaders in the country, for Rs 416 crore.

"Our subsidiary ECU Worldwide has signed a definitive joint venture agreement with the Nordicon Group of Sweden. While we will hold a 65 per cent stake in the company, the present owners of Nordicon will continue to own the balance 35 per cent," said Shetty, who is the chairman of Allcargo Logistics Group that includes ECU Worldwide in Europe and the express logistics firm Gati in the domestic market.

Nordicon is the leading freight consolidation firm in the Nordic region with offices in home market Sweden, Norway, Finland, and Denmark. From its warehouse in Gothenburg as well as local terminals in each country, it consolidates freight to over 500 export destinations and from over 300 import locations around the world.

Shetty said the Nordicon deal is "in line with our vision of consolidating market leadership by expanding into new territories" and that this partnership is a great way to scale the global business and better serve customers.

Jakhar said the partnership with Nordicon is important for the Allcargo group as it offers both strategic as well market leaderships in the entire Nordic market.

Secondly, this marks strong market consolidation in the region (Nordicon enjoys over 60 per cent of the rail freight pie) as the big difference in this deal is that Allcargo has always bought a company that was part of its existing network, but Nordicon is a competing network, and thus the join venture leads to better consolidation.

On the revenue contribution from the deal, Jakhar said they expect a USD 50 million boost on the topline and USD 2-3 million to the bottomline.

Already ECU Worldwide contributes 80 per cent of Allcargo's USD 1.5-billion revenue, and this should go up to 82-82 per cent with this deal. The acquisition is being executed through Allcargo Belgium, the wholly-owned subsidiary of Allcargo.

The city-based Allcargo Logistics, held by the Avvashya Group, is a global leader in multi-modal logistics solutions.

Allcargo Belgium, which operates ECU Worldwide, is a global market leader in ocean freight consolidation, while Allcargo Logistics leads the container freight station business in the country and is also a leader in express logistics through subsidiary Gati. It also has strong presence in contract logistics, and operates over 300 offices across 180 countries.