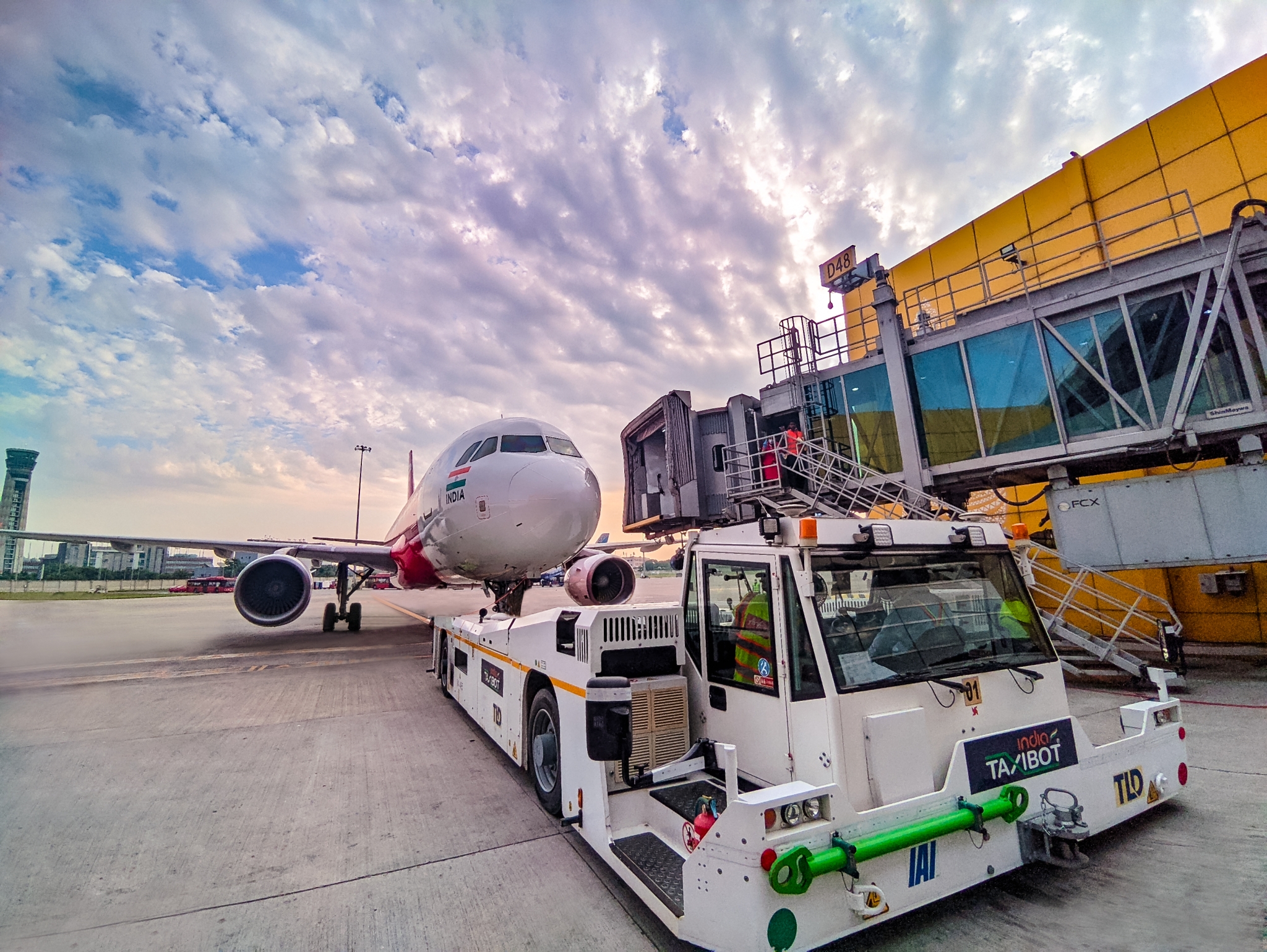 AirAsia India today announced the implementation of an Alternate Taxiing Solution, TaxiBot. The airline has tied up with KSU Aviation, the exclusive operator of the TaxiBot in India.

TaxiBot is the latest digital and sustainability initiative from AirAsia India which enables the airline to leverage innovative technological solutions to monitor, predict and deliver operational efficiency.

The Taxibot is a semi-robotic towbarless aircraft movement device developed by Israel Aerospace Industries. It can tow an aircraft from the terminal gate to the take-off point (taxi-out phase) and return it to the gate after landing (taxi-in phase) without utilizing the aircraft engines. It significantly reduces aircraft fuel usage, emissions and noise levels at airports, and the risk of foreign object and jet blast damage, and operates with a hybrid-electric engine.

According to a press release, AirAsia India is the first Airbus operator in the world to start TaxiBot services with passengers onboard with a modified Airbus fleet.

TaxiBot is proclaimed as the green revolution in airplane taxiing, helping enhance fuel efficiency and predictive maintenance and services. The aircraft engineering modifications were done by Air Asia’s best-in-class engineering team and required routing more than 50 new wires inside the aircraft, installation of relays in the Avionics Bay and a control panel in the cockpit, and a series of operational tests prior to certification. This heralds a scalable and sustainable ecosystem towards greener aviation, the press release said.

“It is a proud moment for AirAsia India to be the first Airbus operator in the world to start TaxiBot services with passengers onboard with a modified Airbus fleet. We look forward to continuing to explore and undertake new and inspiring possibilities in aviation and lead the way forward,” said Sunil Bhaskaran, MD & CEO, AirAsia India.

“Delhi Airport is the first in the world to Introduce Taxibot - an operationally efficient and environment-friendly advanced taxiing solution - in 2019. Adoption of TaxiBot has been a significant initiative by DIAL to reduce carbon emissions, as part of its objective of becoming a “net-zero carbon emission airport” by 2030,” said Videh Kumar Jaipuriar, CEO-DIAL.