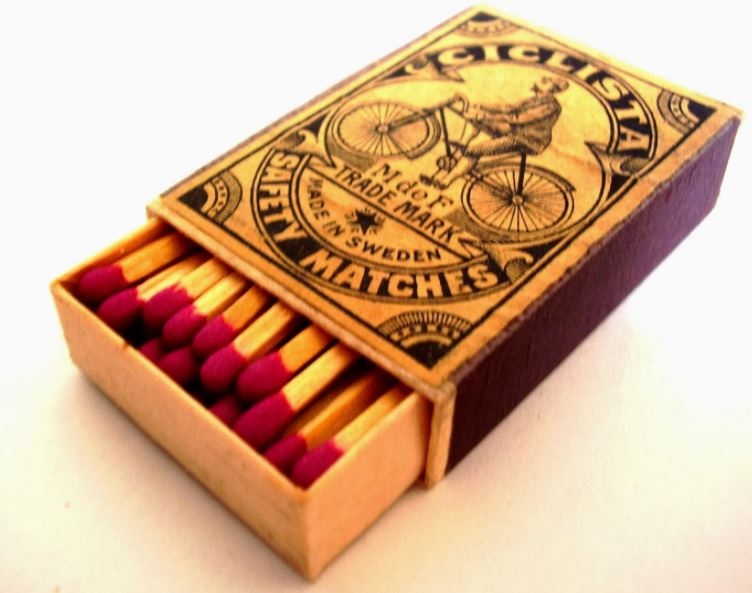 According to the matchbox manufacturers, there has been a rise in the price of 14 items that are used for making matchboxes / Representational Image |

Boxed by rising input prices, stagnant demand and production, galloping domestic and export freight costs, have forced the safety matches manufacturers to increase the price by Re 1 per box after 14 years.

The price hike of Re 1 per box sold by retail outlets has been implemented after 14 years.

Perhaps the safety matches industry is afflicted by 14 year itch since the earlier per box price increase by 50 paise to Re 1 also happened after 14 years.

"It is not right to call it a price hike. Since the industry has decided to increase the number of sticks per box resulting in resizing of the match box. We hope this would result in a better product for the customers," J. Vijayanand, Secretary, The All India Chamber of Match Industries, told IANS.

According to him, prices of raw materials like boards, chemicals, wax have gone up.

"The board price has gone up from Rs 35/kg to Rs 54 and continues to rise. Similarly, potassium chlorate is costing about Rs 84/kg from Rs 65/kg, phosphorus Rs 830/kg from Rs 430/kg and expected to touch Rs 1,000/kg. The wood used to come from Europe and now its price has gone up," he said.

While the manufacturers supply in bundles (each bundle will have 600 boxes), sales of single box constitute the major market segment. The per bundle cost will now be about Rs 430-480 up from Rs 270-300.

Vijayanand, who is also the Managing Director of The Comorin Match Industries P Ltd, Kovilpatti in Tamil Nadu, added that the safety match industry in India will be about Rs 2,400 crore.

Nearly 80 per cent of the industry is concentrated in Kovilpatti, Sivakasi, Sattur and nearby places in Tamil Nadu.

Industry players told IANS that overseas and in India the demand for safety matches has been stagnating due to varied reasons like usage of lighters by cigarette smokers and also smokers cutting down on their habit, rural electrification, spread of automatic ignition gas stoves and others.

According to them, a sizable number of match boxes are sold as single pieces and the availability of coins decides the per box retail price.

"Fourteen years back, there was a shortage of fifty paise coins and only one rupee coins were in circulation in large numbers. With the increase in input prices, the per box price was increased to Re 1 then coupled with increase in the number of sticks per box," G. Athipathy, Proprietor, Graham Match Works, told IANS.

The industry has the flexibility in pricing the product sold in 12-box packets.

According to Athipathy, brand loyalty was there several years back and the usage of match sticks was high and households used to buy in large numbers.

"At that point of time, rural households were conscious of quality and brand loyalty was high. But owing to changing times, the usage of match sticks has come down and so also the brand loyalty," he said.

The market is divided into premium, medium and low end segments.
Vijayanand said the segment differentiation is on the kind of timber used, printing, boxes and others used.

With match boxes under 12 per cent Goods and Services Tax (GST) and the end price fixed there is rampant under invoicing by smaller players which in turn impacts the larger players.

Be that as it may, the industry faces different challenges while catering to the overseas markets.

"India is a major exporter of safety matches. The export value will be about Rs 380 crore to Rs 420 crore. The country ships out to African, South American countries. Nearly 80 per cent of the exports are to African nations," Vijayanand added.

Continuing further on export dynamics, Vijayanand said China, one a major player in the export market, is not there now while Pakistan, Indonesia and Bangladesh are there.

"In Europe there are few safety match manufacturers catering to the European market. But the increase in shipping costs due to non-availability of containers has resulted in overseas markets sourcing from nearby manufacturers resulting in reduced exports. Manufacturers in Mexico now cater to the nearby markets sending their product by rail whereas we have to incur huge shipping costs," Athipathy said.

The shipping costs have gone up from $3,000 to $14,000 per container whereas the value of container load of safety matches will be about $28,000. So nearly 50 per cent of the value goes towards ocean freight which burns the industry, Athipathy added.

With stagnant demand, several players have diversified into different businesses like printing, packaging and others.

"Consolidation or mergers and acquisitions does not make sense as there is surplus production capacity in the industry. Market share consolidation is happening with smaller players going off," Athipathy said.