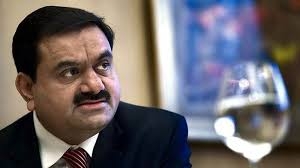 The Adani Group is planning to come out with an initial public offering (IPO) for two of its firms--airport business owned by Adani Enterprises as Adani Airports Holdings and Adani Wilmar-- a joint venture between the Adani Group and Singapore-based Wilmar International.

According to The Economic Times, Adani’s airports business will be hived off into a separate entity before the listing process is undertaken. Before the launch of the IPO, the Adani Group will raise $500 million (approx. Rs3,600 crore) for the business on a private placement basis, the daily reported.

The Adani Group has begun preliminary talks to separate its airport business from holding entity Adani Enterprises Ltd(AEL) as a first step toward listing the unit, according to people with knowledge of the matter, said the report.

The Gautam Adani-led port-to-power conglomerate is preparing to raise nearly $1 billion through the IPO in 2021, sources told Moneycontrol.

The Adani Group chairman recently became the 14th richest businessman in the world. According to the Bloomberg Billionaires Index, Gautam Adani's net worth stands at $69B. Reliance Industries Managing Director Mukesh Ambani ranks 12th with a net worth of $ 84 billion, while Adani has made $ 78 billion.