Culturally, gold is a valued possession. Adding to it, is the feeling of security it gives. This could be the reason why 60 per cent of the women surveyed by the World Gold Council (WGC), agreed to own gold jewellery. But there is more space for the gold jewellery business to grow, stated WGC report. 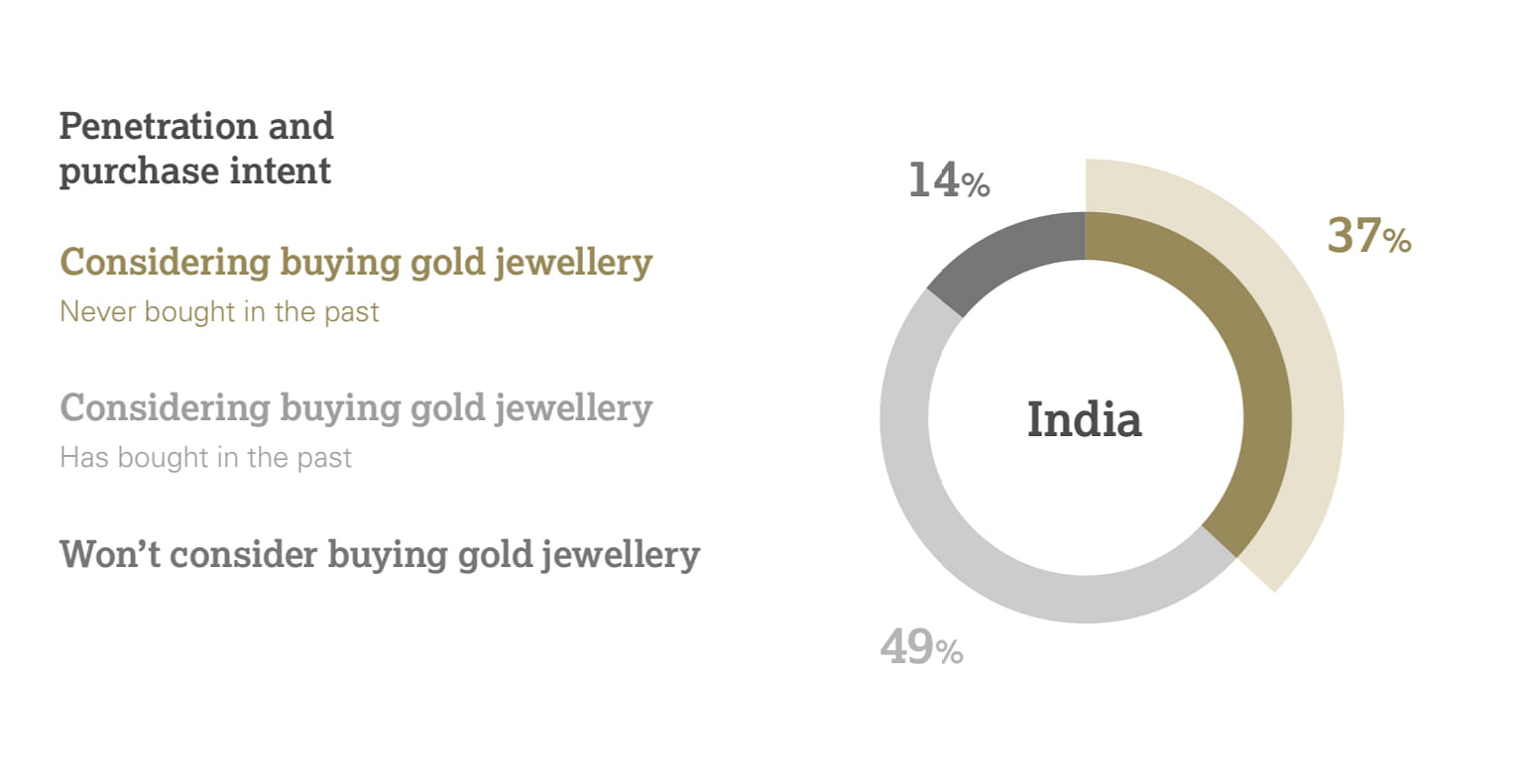 The report revealed more women in rural India are considering buying gold jewellery compared to women in urban areas. While 44 percent of the rural respondents were mulling about buying gold, only 30 per cent of urban respondents were considering buying the yellow metal. However, the survey pointed out that women who wish to buy gold face hurdles in buying the yellow metal. It is interesting to know that women respondents in rural India viewed gold as a means to command respect. “Gold jewellery purchases are commonly driven by a need for financial value and ease,” the report claimed.

It was found that gold jewellery ownership is very high in India. “This cements its dominant position in the luxury fashion and lifestyle category. But it also explains why many shoppers feel they have enough already.”

The survey highlighted the need for diversification. It stated gold needs to break its traditional stronghold and build fashion appeal. It was stated that India’s modern woman is increasingly focused on independent self-expression. To reach out to such women, the industry will have to innovate, the reports suggested. It is time the gold industry moves from making jewellery for occasional wear to something more modern.