HomeBusiness-wire-india-sectionSonia Gandhi still has reservations; Uddhav Thackeray reaches out to Congress by cancelling trip to Ayodhya

Sonia Gandhi still has reservations; Uddhav Thackeray reaches out to Congress by cancelling trip to Ayodhya

Secondly, that Sena will oppose the Citizenship Amendment Bill in Parliament.

New Delhi: Politics is as much about optics as about messaging. On Monday, two loaded political messages emitted from the Shiv Sena. One, that Uddhav Thackeray has cancelled his visit to Ayodhya.

Secondly, that Sena will oppose the Citizenship Amendment Bill in Parliament. This is a clear indication to the Congress that Hindutva is on the backburner. 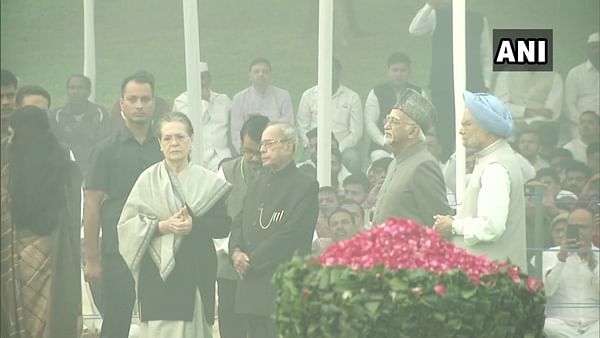 Political observers interpret this to mean that though the Sena-NCP-Congress differences have narrowed down in the last few days, Sonia Gandhi and the old guard still have certain reservations.

Unless, of course, Sonia is playing hardball with the Sena and wants to drive home the message that no government is possible without Congress crutches.

Earlier in the day, all eyes were on a meeting between NCP chief Sharad Pawar and Gandhi at her residence, which was supposed to lift the haze that has enveloped government formation in Maharashtra.

But at the end of the day no one was wiser about what had transpired. The Congress spokesperson put out a cryptic tweet: "It was decided (in the meeting) that in a day or two, representatives from the NCP and the Congress will meet in Delhi to discuss the way forward." There was still no mention of Sena or when Uddhav is likely to meet Gandhi.

The Congress sources, however, said the road is clear for further talks; only, they need to iron out some of the wrinkles before the three parties go to the Governor sometime next week to stake claim.

Pawar, who talks in riddles and can seldom be taken at face value, also hinted that Sonia still has reservations and she does not want to rush into forming the coalition government, even though Uddhav Thackeray has offered a post of deputy chief minister each to the two parties.

An NCP insider at Pawar’s residence claimed he is worried that the longer they take in working out a coalition, the greater is the possibility of the BJP hijacking the government formation by weaning away MLAs.

The source said Pawar is insisting that the deal should be finalised in another two or three days.

Incidentally, after Sharad Pawar returned to Mumbai after his meeting with Gandhi, the first person to call on him was Shiv Sena leader Sanjay Raut.

Pawar briefed Raut about the discussion with Gandhi and the latter was confident enough to step out after the meeting to announce: "President’s Rule will end and the new government will be in place soon."

Raut’s statement should clear the confusion Pawar himself had created earlier in the day by stating at a press conference that there is no forward momentum on government formation.

And why did Uddhav cancel his Ayodhya visit? “Shiv Sena is trying to formulate an alliance with the NCP and the Congress to form the government; this might require Uddhav ji to take some immediate calls; that’s why he decided to postpone the tour,” informed a close aide of Uddhav.