At Crompton, we want to be the best in class in consumer understanding, says CEO Mathew Job

I GREW UP IN KERALA…

My childhood was primarily spent in Kerala, growing up in a middle-class family with very orthodox values. When my father went to work in an African country, I was there for several years. My ambition originally was to become a doctor, because a lot of people I knew looked up to them. But I ended up enrolling for engineering when I didn't make it through the medical entrance test the first time.

I completed my engineering course without really enjoying it. Then I joined Apollo Tyres as a maintenance engineer, but knew in three months that it wasn’t where I wanted to be. I weighed my options and finally joined an MBA course.

There, finance was the buzzword, and where money was made, but I hated finance from Day 1. I also hated personal computing systems. That’s how I ended up in marketing. Eventually, I realized that everything is about common sense and it’s built from there.

LEARNINGS ON THE GROUND…

When I was in business school, we used to make grand plans and fantastic strategies, applying a lot of theory and analysis. Later, as a deputy sales manager for Philips, I had to sell Rs 10 bulbs to distributors. The biggest learning experience was that many of our distributors, dealers and digital partners were smarter than me!

I also realized that you cannot copy-paste what is good strategy in one place and apply it everywhere in the world. The first market I worked in was Mumbai, one of the strongest markets for Philips in India. But my second posting was in a market that was failing for the company, and I realized that what worked for me in Mumbai, wasn't going to work there.

Whereas Philips was a very well-known brand, I moved from there to Grohe, which was hardly known then, but their growth ambitions were at a peak. There, I learnt that you cannot always have the team you want, and have to change your style, depending on the team you have. So, at Grohe, I became the playing captain of the team - I had to be with them on the ground. You have to evolve as you go forward.

At Crompton, it's been a wonderful journey of transformation. When I joined the company almost seven years back, it was a small consumer business and primarily a B2B company. The typical thinking was not to take too many risks, aim too high or to push the envelope.

The first thing we did was to retain the plans the company had, keep the positives and the strengths, but resolve to ‘think big’. Secondly, we decided to bring in the whole consumer aspect. A lot of the thinking at Crompton was around engineering technology. We fit this into understanding the consumer better than other companies, to use those insights to develop products and services that the consumer would be willing to pay a premium for.

We became more data-driven in terms of decision-making. Keeping the central DNA of the company the same, we moved from being a middle-level performer to top-level performer and most profitable in the industry. Now, we have to think what we need to do to become world class.

The year I joined the company, its revenue stood at Rs 3,500 crore. Last year, we closed at about Rs 5,500 crore; of course, it was impacted by the pandemic, which knocked off two peak months. But we have grown reasonably strongly in terms of sales, and done even better in profit. We have become a much stronger company.

Innovation plays an increasingly important role in the company. Crompton always had great engineering, great technology, great product, and that’s why many generations of people swear by Crompton as a fantastic brand. We have built innovation from consumer understanding into it.

For example, our anti-dust fan came from fundamental consumer research, understanding pain points people face in their daily lives, and then developing a product which can solve those problems. It changed the fundamental strategy of the company's growth, and marked our first entry into the premium segment in the fan market, dominated by Havells.

The dust-free fan was our first major innovation which made us a strong player in the premium segment, taking our market-share from 7% at that point to 20% in the fans segment. There are many more such products and some of them have done wonders for the company. I wouldn't say that all our innovations have been successful – the ones that failed didn't earn us a profit, but we learnt a lot from them.

Even the built-in kitchen appliances range we just launched has been built around fundamental consumer insights. We offer chimneys that are 50% less noisy, completely automated – knows when to switch on, when to clean itself. 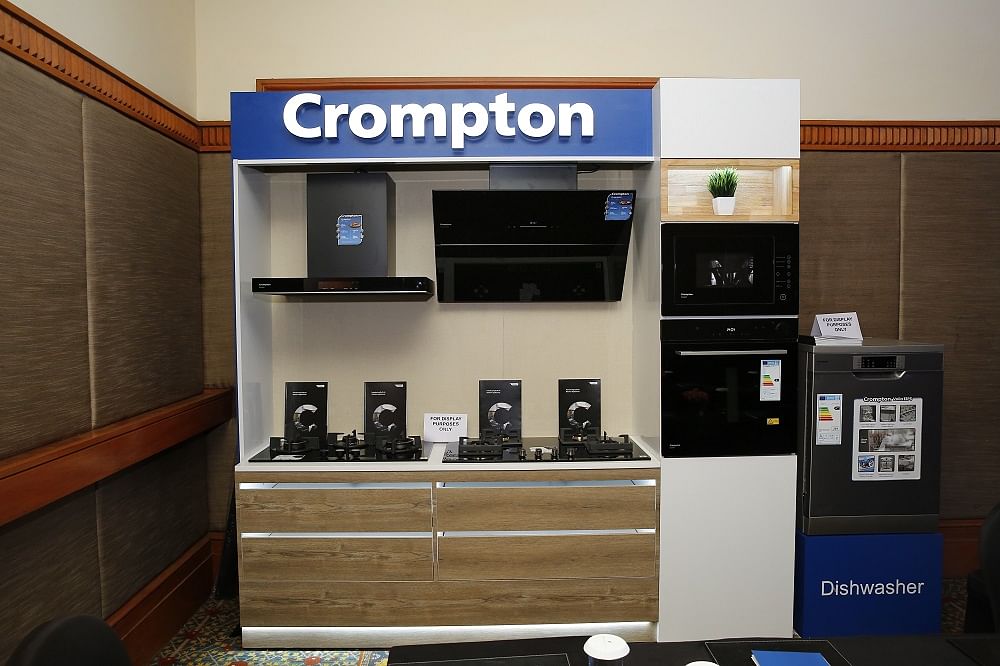 One of the things people told us about was liquid spills on the gas stove that turned the flame off, while the gas flow remained on - a dangerous fire hazard. So, we have evolved a ‘flame failure device’ - once the liquid spills, the gas supply automatically shuts off.

Going forward, innovation will play an increasingly important role in our company. We want to be the best in class in consumer understanding and designing products according to that understanding.

The major areas of where to play and how to win remain unchanged, but we have a few goals.

Two, to become a really strong No. 2 in lighting.

Three, aim to become No. 1 in the kitchen appliances segment we launched, with disproportionate focus. The acquisition of Butterfly Gandhimathi a couple of months ago was done with this aim.

Four, get into new segments that are fundamentally interesting. Opportunities to expand in markets outside India comes lower in the pecking order.

Operationally, we have to go to the market and figure out how we make our products available where and whenever a consumer wants to buy them; to have the right product in the right store, visible in the right way.

Then we have to have the organizational capability to deliver everything I have spoken about, with better data, better effectiveness, going forward to the next phase of our journey.

ON ENTERING THE BUILT-IN KITCHEN APPLIANCES SEGMENT: We set out to identify segments in which there are unserved or underserved consumer needs, and are they large enough to be reasonably priced. Secondly, can we at Crompton actually serve those needs, which others have not been able to, and disrupt the existing order in the market?

We found the market for the kitchen appliances segment is about Rs 2,500 crore, which is reasonably big. It is growing at 10-12%, and will continue to grow. We found unmet consumer needs, and spent about 12 to 18 months on R&D for methods to meet those needs. That’s how we entered the segment.

We hope to be among the top 3 players in it, if not better, in the next three years, and to reach Rs 300-400 crore revenue level. We are looking to enter a couple of other potential segments in the next 18 months, but can’t name them now.

ON BRAND PROPOSITION AND MARKETING SPENDS: Our proposition is that ‘Crompton makes the world a better place to hang out in’. We remain a brand primarily focused on improving people's lives and their homes through products with intelligent application of technology, in a responsible way. We are responsible to all stakeholders, the environment and the people we work with.

As for marketing, we have upped the investment, but need to raise it further. Last year, we spent about Rs 70 crore on advertising, up from Rs 35 crore that we had spent the previous year, but looking at the revenue of Rs 5,500 crore, there is a need to upgrade.

There has to be a virtuous cycle of innovation and building a more aspirational brand. This year, our marketing spends will again double. We need to do a lot more in this area to take the brand to the next level.

ON EFFECT OF INFLATION ON CONSUMER BEHAVIOUR: Inflation has been plaguing us in our industry. Typically, inflation is to the tune of 2-3% every year, but in the last year-and-a-half, it has been close to 30%. Obviously, there is a short-term impact on consumer demand.

But, if I look at the five-year plan of the company, we don't think inflation is going to fundamentally change anything. The premium and the more upmarket demand segments are comparatively less affected. So, we will go ahead with implementing our plans. We believe in the fundamental strength of our strategy.

ON LEADERSHIP AND WHAT IT ENTAILS: For me, the most important thing in leadership is to be authentic. Sometimes, it may not pay off, but it is still most important. Along with it, you also need to genuinely care for people. You don't need to make a show of it – in fact, the more show you make of it, the less authentic it becomes.

As a leader, I believe in giving people the chance to take risks. I allow people to do what they want. I give them the resources, and allow them to make mistakes, but then I take responsibility if they make a mistake.

Another thing I highly value is discipline in every area of life. Simple things like being on time for a meeting, which shows that you respect the other person’s time. I have seen that people who think being late is OK tend to rub that off on all areas of life.

Then, I value truthfulness. If you're not truthful, then you need to be ticking all the time, trying to remember what lies you told. With truth, you can be spontaneous.

ON BEING A CHESS CHAMPION: I was a university champion in chess, but don’t play chess now. Now, I just read and watch some movies to beat stress. But once I am done with my work life, I would like to do something to give back to society.

HomeBrandsutraAt Crompton, we want to be the best in class in consumer understanding, says CEO Mathew Job