The inside story of Kapil's Devils

Had it not been for India’s stunning World Cup win in 1983 at the hallowed Lord’s, the country might never have produced a Sachin Tendulkar.

Had it not been for India’s stunning World Cup win in 1983 at the hallowed Lord’s, the country might never have produced a Sachin Tendulkar. Such was the impact ‘Kapil’s Devils’ made on young minds back in India through their maiden victory in cricket’s premier tournament.

Through Miracle Men, author Nikhil Naz traces what went into the making of the first cricket World Cup champions from India, a team that would remain timeless in the minds and hearts of Indian cricket fans. It is true that umpteen books and stories have been written and heard about Indian cricket’s greatest underdog story. Yet, Miracle Men manages to make an impact, as it looks beyond what transpired on the cricket field.

Read Also
Ranveer Singh's look in '83 as Kapil Dev is out! 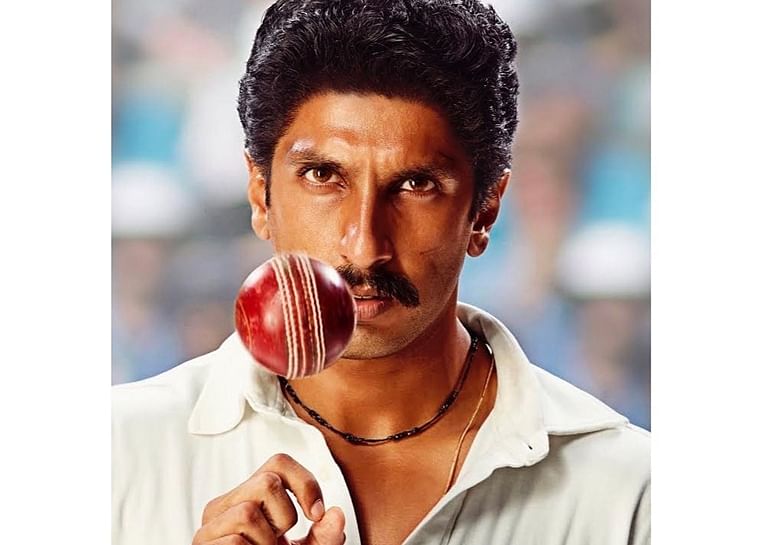 It is the humour in the book that instantly strikes a chord with the reader. Be it about the airlines initially refusing to let the Indian team board the flight to the World Cup as the BCCI had not paid for the extra luggage (yes you read it right) or Kris Srikkanth’s tumbling and fumbling ways. There is also the incredible tale of the Indian team members being reprimanded by cops for not shutting the curtains while watching an adult film on their bus! (True, again) Many more such hilarious incidents literally bring back ’83 as you turn over the pages.

The narrative of the book is also novel as it doesn’t take the routine flashback path. On the contrary, it traces the once-in-a-lifetime journey through the eyes of some current-day well-known personalities, on whom the 1983 win had a massive impact. There is a 10-year-old Sachin Tendulkar beginning to understand the nuances of the great game, Ayaz Memon trying to find his feet in journalism, constantly chasing the Gavaskar vs Kapil story. Then, there is also cricketer-turned-scribe Rajdeep Sardesai, playing local cricket in England while also mowing gardens in the neighbourhood to sustain himself.

The tales go beyond cricket and yet do not seem out of place. It’s not just about the cricketers and journalists, but Miracle Men also looks at the lives of unsung people like Jiten Bhai Parekh and Mintu Singh, who moved to England from India many years ago to start their own business, but were still trying to find their feet in another country. As the book uncovers, the World Cup victory not just lifted the status of India among the cricketing fraternity, but also gained newfound respect for the likes of Jiten Bhai and Mintu Singh among the English.

Read Also
From the FPJ archives: When Kapil's Devils lifted the World Cup at Lord's in 1983 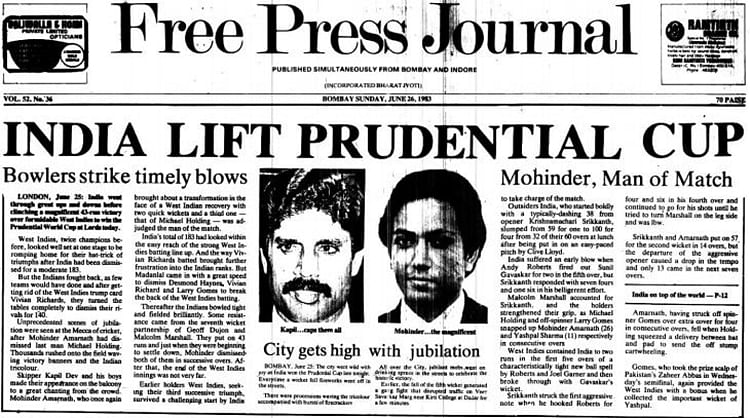 From the cricketing aspect, the Gavaskar vs Kapil story makes for intriguing re-read, after all it is about the clash of India's two biggest cricketing superstars from that era. Then again, Naz balances things out by painting vivid sketches of each and every member of the team — from almond-loving Yashpal Sharma to self-doubting Sandeep Patil. The beauty of the book is that the versatile stories keep you hooked all through.

If there is one let down, it is the manner in which the book closes. The winning moments of India in the grand finale are just mentioned as it happened. While one can understand that too much has been said and written about India’s most glorious cricketing moment, the end still feels incomplete, particularly considering the impressive manner in which the narrative is built. It is like watching a heart-stopping suspense thriller whose bland climax leaves you a bit exasperated.

The one disappointment apart, Miracle Men has its heart and soul in the right place. A perfect read for cricket fans this World Cup season, as they root for Virat Kohli and co to pull off a 1983 encore.