The Hunt for Vulcan: How Albert Einstein Destroyed a Planet and Deciphered the Universe- Review 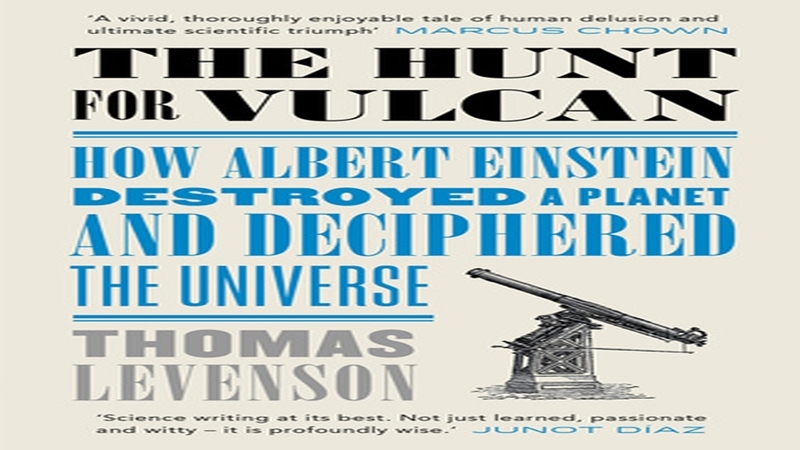 Title: The Hunt for Vulcan: How Albert Einstein Destroyed a Planet and Deciphered the Universe

Shown upon my chest

Approach all who have gathered

There’s no one that can see him

— Fear Beyond the Vision by Nasty Savage

First things first. This book majorly traces the history of our solar system, the intellectual and scientific contributions by Issac Newton, Edmund Halley, Urbain-Jean-Joseph Le Verrier and many others, the discovery of some newer planets from 17th century on wards, and above all, the building blocks in advancement of science. It’s much less about Albert Einstein. Yet to put the name of world’s greatest scientist upfront makes sense particularly if it happens be the hundredth birthday year of Einstein’s theory of General Relativity (2015, the year in which the book was first published in the USA).

This is not to undermine the role of the genius who eventually, and conclusively, corrected an anomaly and established the truth. It’s to only reiterate the fact that author Thomas Levenson — professor at MIT and head of its science writing programme, author of several books and producer of multiple documentaries — narrates the tale wonderfully, whatever the title!

The book begins in 1680s with Issac Newton, assisted in parts with Edmund Halley (known for computing the path of Halley’s Comet), unveiling the laws of celestial motion and deciphering the working of our solar system. His was “a set of laws that could, deployed properly, describe the how, the where, and the when of every bit of matter on the move anywhere — everywhere — in the cosmos.’’

Simply said, Newton’s theory of gravity (apple’s fall) explained the elliptical path that orbiting bodies follow, and any deviation from this predictable course – howsoever minute – would indicate another body nearby whose gravity could be causing this digression. To illustrate, Neptune was unearthed in mid-19th century by Urbain-Jean-Joseph Le Verrier upon detecting the irregularities in Uranus’ orbit. “With Neptune came the prospect of yet more to be discovered, as observers and theoreticians honed their instruments and ideas,” Levenson unveils.

The opportunity arose when Le Verrier noticed anomaly in Mercury’s orbit, sending the whole community of astronomers in a tizzy at the often-lucrative and prestigious possibility of discovering yet another body orbiting nearby. “It was clear more work needed to be done, beginning with repeat observation of the mystery object,” writes Levenson. “Nonetheless, the celebrations continued heedless of any lingering uncertainty…. By no later than February 1860, the solar system’s newest planet knew its name: Vulcan.”

For the next 50 years or so, yet-to-be-seen Vulcan remained an ‘unofficial’ member of the solar system. Then in 1915 Albert Einstein unveiled his theory of general relativity which sought to improve the understanding of gravity and solar system. “Three weeks into the era of general relativity, Vulcan was gone forever. After half of century in which it had been at once necessary and absent, it was finally revealed to be pure fiction,” writes Levenson.

The story of an imagined planet – its birth and demise – and of the human’s quest for discovery is chronicled brilliantly by Thomas Levenson.