The Demon Hunter of Chottanikkara: A Supernatural Thriller-Review 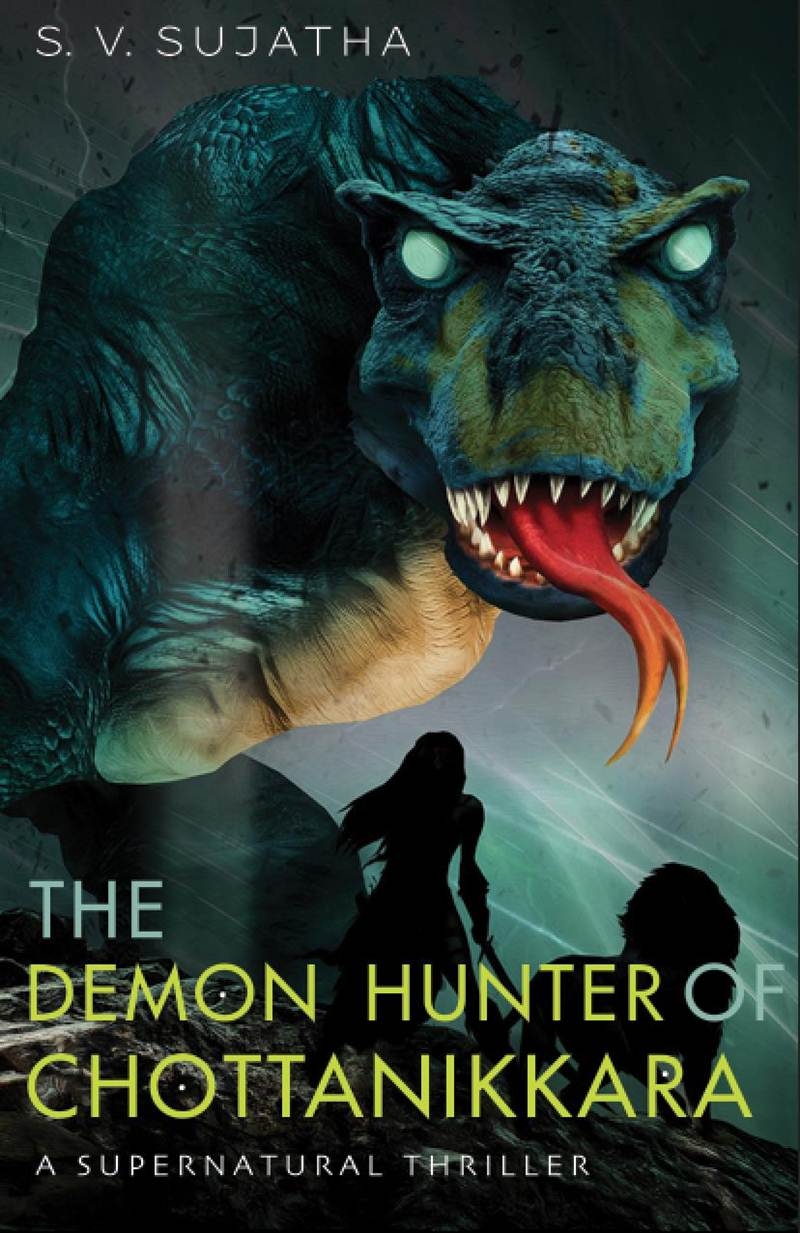 Title: The Demon Hunter of Chottanikkara

The cover of The Demon Hunter of Chottanikkara looks like something an amateur might figure out for a graphic novel. The title, too, is something that a comic book or a graphic novel might have. However, in this case, the cliché, “Do not judge a book by its cover,” is, actually, sound advice. As compared to the latest crop of new-age young Indian writers, in my opinion, The Demon Hunter of Chottanikkara, is a cut above the rest. To use another cliché, it is a figure among ciphers.

Despite the predictable plot, SV Sujatha manages to impress with her debut. Her plot was gripping, the story well thought and the writing keenly executed. Most Malayalis know of Chottanikkara, the famous temple place for Mother Goddess, or Shakti. Many of them, however, might not know the several myths related to the establishment of this temple. Especially the newer crop of expat, the second generation Malayalis outside of geographical Kerala.

Which is where Sujatha’s storytelling comes into force. Through her debut novel, Sujatha tells all these origin tales in one nicely packed narrative; she owns each one of them, in a way that she subtly modifies and seamlessly knits one into another to build her narration. Perhaps the way she mixes bits and pieces from different legendsis what makes The Demon Hunter of Chottanikkara such a compelling story.

Sujatha humanizes the divine Mother Goddess in such a manner that she is ageless, but “young” warrior. Like the philosophy of the supreme feminine power, Shakti, and all her forms,has a vessel as the protector of fellow beings in the writer’s imagination. Sujatha, like in the legends, makes the goddess an exalted human deity.

Even though the style of writing is reminiscent of Amish Tripathi’s Immortals of Meluha, humanized deities is where the similarity ends. While Tripathi’s humanized Lord Shiva was a leader/commander for his tribe, Sujatha’s Devi issimultaneouslya fantasy hero and a matriarchal character worthy of worship.

The eponymous demon hunter in the book is this Devi, who lives in the village of Chottanikkara. She is the foster daughter of Kannappa who is a reformed bandit. Both these characters, with similar origins, have been taken from the lore of Chottanikkara Bhagavathy. The book is not just an ode to the Devi that Sujatha worships. Sujatha’s protagonist Devi, for all intents and purposes might have been the Mother Goddess of Chottanikkara, just not the kind of ‘god person’ we might have come to expect through the general media.

Devi is foremost a warrior, who has learnt the traditional martial art of Kalaripayattu from the warrior god Parasuram himself. In Sujatha’s story, Parasuram (according to Malayalam legend, Parasuram was one of Lord Vishnu’s ten avatar’s and he carved Kerala out from the sea using his axe) is also a human, though he keeps most of his character traits from the original legend.

The Demon Hunter of Chottanikkara is part horror story, part supernatural thriller and part myth-turned-fantasy — but a gripping story nonetheless. Through this book, Sujatha tells a ghost story replete with Malayali overtones.

There are several regional supernatural entities that finda mention in herstory early on. Malayalis who know of the “brahmarakshasa”, “pishaachu”, “kollivaipei” and “vethaalan” would definitely enjoy reading this book.

But this is also where some issues crop up regarding Sujatha’s storytelling. Indiscriminate linguistic code-switching of Malayalam and English, without a seemingly proper reason, at times, screams of lazy writing, like it was a bit bothersome for the writer to take time and actually find what the translation could be.

Another problem point could be the predictability of the story. Halfway through the story, anyone who has read horror-thriller could rightly figure out how the plot thickens, and even serves in the end. The expensive price tag—Rs 499 for just 190 pages of text—could also repel people who might want to read The Demon Hunter of Chottanikkara. But all said, in the end, the book is definitely worth a read. Even a quick one.