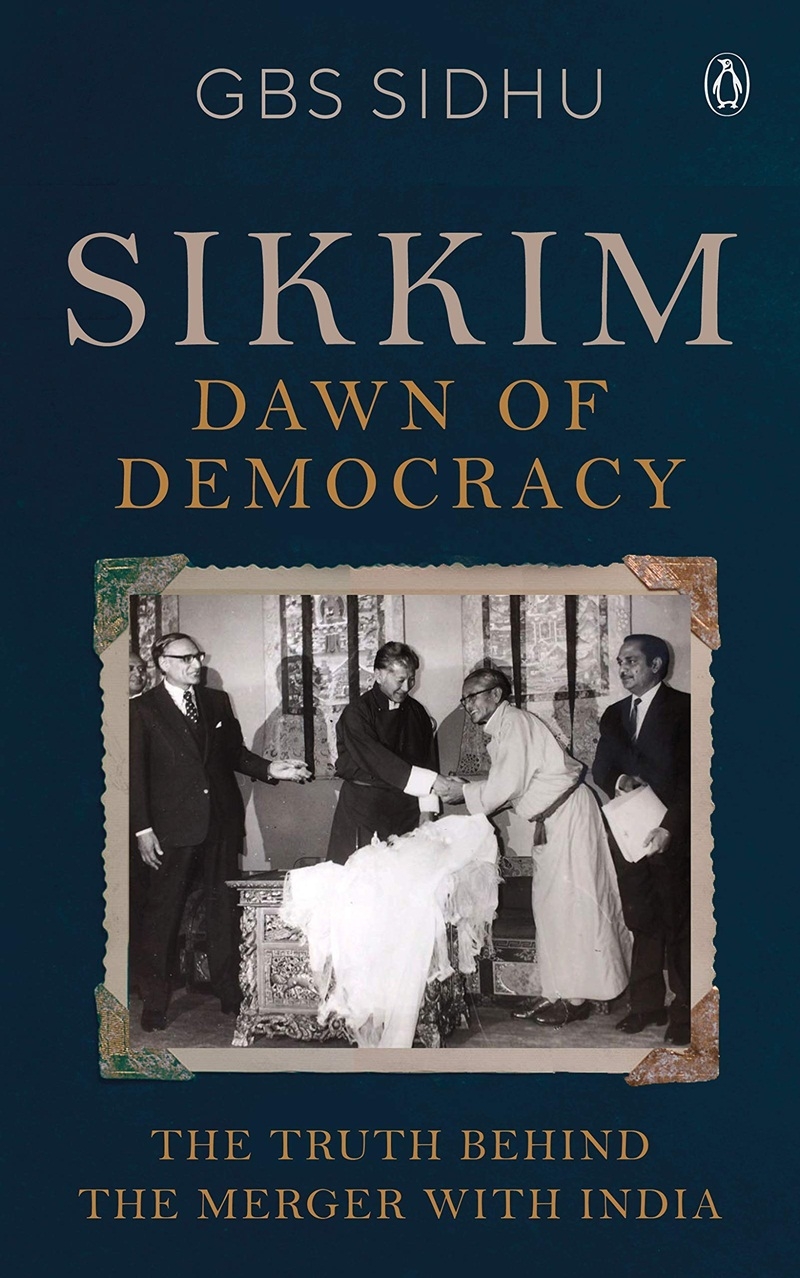 Mid-May 1975, the President cleared the constitutional amendment declaring Sikkim as the 22nd State of Indian. GBS Sidhu, author of the book under review, says that the mistake committed by Nehru in 1947 was corrected by Indira Gandhi.

Morarji Desai expressed regret over it while China and Pakistan called the referendum (which decided the merger) a farce. Be that as it may, thus ended the rule of the Namgyal dynasty — which was founded in the 17th century.

British machinations (which included the 1835 ‘Darjeeling Grant’ and the 1861 Treaty of Tumlong) served to denude the Chogyal’s powers considerably.

Come 1947, the Constituent Assembly decided that Sikkim’s future be negotiated “separately” from other Princely States. A constitutional government under the Chogyal established in 1953 had India controlling its external defence etc. A “model Asian state” emerged thereafter where the literacy rate and per capita income were twice that of Nepal and Bhutan.

In 1973, however, anti-royalist riots took place in front of the Chogyal’s palace; India deployed a large contingent of Army and police personnel; a referendum was held; an appropriate constitutional amendment was passed in New Delhi. And then, the heading of Chapter IX of the book says it all: ‘Democracy Institutionalized’!

Interestingly, Sidhu mentions that just two years earlier, the Chogyal had sarcastically remarked to the India-appointed Chief Executive, that Sikkim was “not Goa which could be taken over…” he was blissfully unaware of powers other than raw-force.

Sidhu also dwells at length on the role of Kazi Lhendup Dorji (who was later the first Prime Minister of Sikkim) in the entire episode; Kazi was accused of “selling his country”; for some time, he was abandoned by India and then considered worthy of Padma Vibhushan.

In this context, Sidhu asks, “Whose country did he sell?” and goes on to explain that the country did not “belong to the people at large” but to the Chogyal, whose autocratic rule benefited a few…and, apparently, it became India’s burden to restore it to the people.

The book is a detailed account of the reportedly-catalytic role of R&AW in the entire episode, a role that was “not exposed till the end” even to the Chief Executive, the local Intelligence Bureau, or the Chogyal himself. So, one wonders, what is the need for the “exposure” now? Some, like M.O. Mathai, create controversies for attention after retirement. This one reads too much like a governmental file-noting to create any controversy.

An aspect that comes out clearly, though, within the first few pages of the book is that the author was the son in-law of the then Minister for External Affairs, Sardar Swaran Singh — admitting that it was the “only occasion I ever used my connection with him [for] my service matters,” in this case, a deputation to the R&AW. Whether it is the benefit of “important” postings or in turning a blind eye to the relevant Conduct Rules, it is the old maxim (“some are more equal than others”) that applies in every Animal Farm.